Get on your bike to one of these cafes! 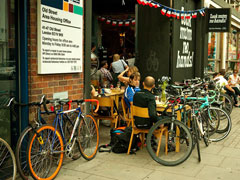 Everyone needs to take a break now and then... including those crazy perma-peddling bike-monkeys - because even their water bottles run dry.

Plus, you'll be surrounded by like-minded folk who dig you in lycra. 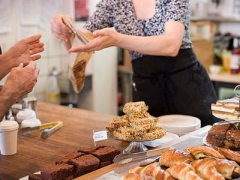 Say the words “cycle café” to someone who last used a bike in year 6, and they’ll still have heard of Look Mum No Hands!, partly thanks to the eye-catching logo on its Old Street and Mare Street stores. As well as solving all manner of pesky problems, they run courses so you can learn the basics of bicycle repair yourself. And then of course there’s the café, serving all day breakfasts, coffee and craft beer. 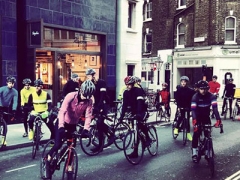 Rapha have the honour of kitting out the professional British cycling team – it was their outfits you saw Team GB’s cyclists wearing at the 2012 Games. They have branches all over the world, but this Soho store doubles as a clothing shop and a café serving pastas, risottos and breakfasts. They’ve also upped the ante by opening a membership club at £150 a year, but you’d need to get through a lot of free coffees to make up the cost. 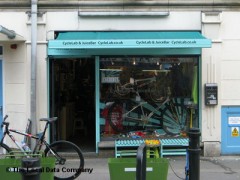 A bit like a one-stop shop for the health-conscious, Cycle Lab does bike repairs, yoga lessons and serves nutritious food aimed at those with special dietary requirements (i.e. gluten-free and vegan). They even hire out a bicycle with a built in juicer for your party, although given that it’s £75 a day and doesn’t have wheels it’s a rather expensive centrepiece. 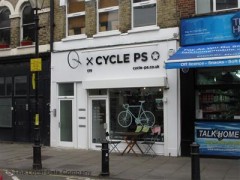 Unlike other cycle cafes that stick to healthy food, Cycle PS does tasty stone baked pizzas and beer. Because after a good cycle, you’ve earned yourself a decent portion of carbs. The shop sells bicycles and parts, and you can also get your bike fully serviced in the workshop. 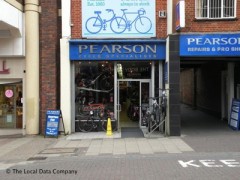 The Pearson family have been running this company for over 150 years, making it the oldest bike shop in the UK - it’s even mentioned in the Guinness Book of Records!There are branches in Sutton and East Sheen; the latter is the larger of the two where you’ll also find a café and sports massage services.

The bright and airy café serving coffees, porridge and toasties, the shop sells top bicycle brands and clothing, and at the workshop they do full services and repairs. Keep your eye out for regular workshop ‘masterclasses’ and races around London too. 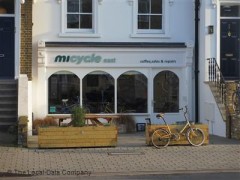 Micycle take their servicing to the next level, with an “ambulance” that will collect your bike from wherever it’s sadly lying in disrepair. Their website also has a stolen section for you to upload pics of your prized possession in case anyone spots it. The Islington branch has a very pretty garden café with wifi, and if you become a member your drinks are free. 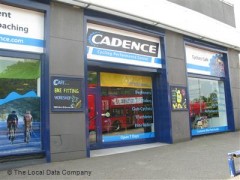 Cadence is something of a fitness centre for you and your bike. They offer several types of tests for cycle performance and indoor cycling sessions, plus yoga, pilates and sports massage for worn-out legs. Also bike sales, bike fitting, and a café doing good coffee and cake. 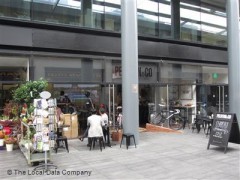 This cool Spitalfields store sells top of the range bicycles and clothing, plus the café’s chef used to work at Jamie Oliver’s Fifteen. They also run bike rides every fortnight to various points around the capital, should you want to socialise with other riders.