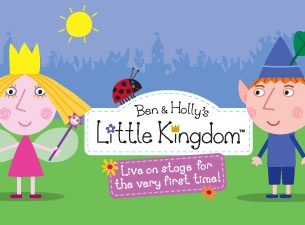 The seven year old I took along with me to see this “live on stage” show at Richmond Theatre proclaimed it a “bit babyish” when I told her what we were going to see. I became more concerned when I realised that the vast majority of other diddlies in the theatre foyer WERE somewhat younger than seven.

However, with encouragement from the staff we walked up numerous flights of stairs to the upper circle bar which had been transformed into a colouring and crafts centre for the afternoon. My young friend took a seat and I was sent to collect cut-outs, sticks, crayons, glue, scissors etc until she was satisfied with the Holly mask she had created.

Then we hit the merchandise stall. A programme for £5 (which contained lots of quizzes, games and colouring), a light whirligig for £7 and an assortment of chocolates and water for £8. Weighed down with our goodies – and taking great care of the mask we had made - we took our seats listening to the music that my young companion clearly recognised.

The show opened to reveal very colourful large fronds of grass – after all, it is the Little Kingdom. I wasn’t aware that Holly is a fairy princess who’s magic doesn’t always go right. And I didn’t know that Ben – who can’t fly and who can’t do magic – is her friend and is an elf. But elves, I learned, are very good at running. My companion filled me in and kept asking “Where’s Gascon?” (Like I would know?).

I was impressed with Holly’s happy voice and tiny fluttery wings. There were audible gasps from the young audience when we saw Holly doing some magic to become invisible – supported by fairy lights and a glitter ball. The characters – joined by Nanny Plum who sorted out the boy-into-frog spell (great burps!) - played some hide and seek and sang a song.

My young companion was totally engrossed and laughed and sang on cue. And she almost burst with happiness when Gascon (a ladybird!) arrived on stage. He barked like a dog. They tidied his cave and then went on patrol with the tooth fairy, taking a magically reduced Lucy back to the Little Kingdom, The kids loved the flying puppets bit. I was told that they were really flying by my companion. Bless.

At the interval we queued up for ice cream. And managed to get most of it on our faces. That’ll teach me for only suggesting we tried not to get it on our clothes at the outset. Then we were into the second half – collecting ingredients for a special spell for the king. The young chap behind me was delighted with the spider in the web. Big squeals. There was more singing with the Elf Band. My seven year old declared the jelly flood her favourite bit. More merriment until we all joined in with singing and stand up dancing at the end.

Whatever grown-ups may think, all of the children – boys and girls included – were clearly entranced with the show. I couldn’t believe that they had all stayed so quiet and good (and in their seats). And they joined in with all the singing and followed the instructions given by the cast without question. My seven year old – despite her initial views – loved every minute. And we entertained the folk on the train home by singing “Music Man” and playing hide and seek with our Holly mask. It was a thoroughly wonderful afternoon.

The show lasts for an hour and twenty minutes which includes a short interval. It’s on at Richmond again tomorrow and then goes on tour around the UK. It arrives in Hackney on 6-7th July and other nearby locations include St Albans, Horsham and High Wycombe.

Share on
Posted Date
Mar 2, 2013 in KimT's London for Kids Blog by KimT

Kids in London - “The Host” at the cinema 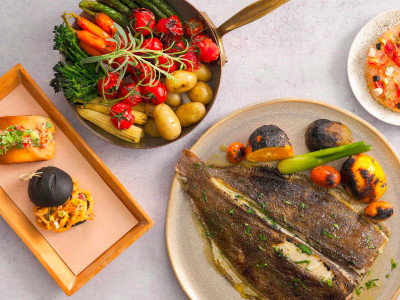 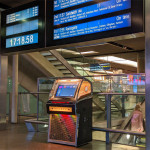