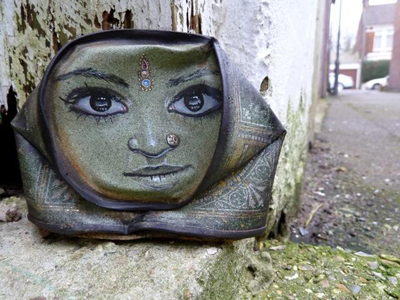 London is a magnificent place for discovering new things – art, music, dance, architecture – open your eyes to our wonderfully full city and you’re bound to come across something you haven’t spotted before. Especially in those places you think you know well.

Last week, I had the pleasure of talking to an inspiring British street artist who goes by the (rather mysterious) name MyDogSighs. A young 40-something father, this man has a great love for art – he always has – but has only discovered he can make something of his talent within the last 10 years.

Introducing himself to the street art scene while also maintaining his day job as a teacher, MyDog began leaving his own art pieces around his local town for others to pick up and enjoy. He used rubbish to create. And this idea grew until he realised how many other inspired artists were following his lead - not just here in the UK, but all over the world. Suddenly, the concept of 'Free Art Friday' was born.

Now his project sees art lovers hunting through their home cities for free expressions of art. And MyDog has travelled across the UK, and even to Tel Aviv to spread the idea.

During our interview, he opens my eyes even further to the incredible street art scene in London; discussing how we all could experience the creativity that 'Free Art Friday' brings. He also explains what his up-coming show at London's West Bank Gallery means to him as an artist.

First things first, and we have to ask, how did you come up with the name ‘MyDogSighs’

"I started doing street art about 10 years ago – I came a bit late into it, I had a family and kids and I was teaching at the time. I stumbled across art that was going on at the time and thought 'I want a bit of this'. But, I was absolutely paranoid that I might get caught and lose my job so I needed something that had absolutely nothing to do with me. Nearly 20 years before that, while I was on holiday somewhere, someone had scrawled on a door – just with a pen – ‘My dog sighs’ and I just thought, ‘What a random thing to write’. It stuck with me. It was a purely random phrase I chose."

Do your friends call you ‘MyDogSighs’?

"For the last ten years I’ve been painting under that name. So yes, even when I walk into a pub, all my art-related friends will say, ‘Hey, MyDog!’ It’s nice that I can switch on and off between the person who does art and the family man at home."

Where did the idea of 'Free Art Friday' come from?

"When I started, I liked street art but I didn’t necessarily want to affect people’s property in the process. I wanted to interact with the space outside without causing damage.

"A way to do that is to use something from the street, produce art from it and take it back out there. And I really liked that. I like that people could walk by and they may not see it while carrying on their everyday business. But a few people do see it and do walk around with open eyes and spot these things.

"I like the idea that someone who is wandering past might find it and work out what it is."

Did you ever go back to see if your art has been taken?

"I try not to – because in my head, it’s much more romantic if it has. I did go back once – I had worked really hard on one single piece and I left it outside a café so I could watch it over a cup of tea. And for a while nothing happened – and then a street-sweeper guy, with one of those carts was trundling along – and he just stopped without a glance, picked up my piece and threw it in his cart. I had that sinking feeling in my stomach.

"I’d like to think that when he went back to the depot, he had a really impressive collection of all sorts of street art – like Banksy – he had collected from the streets over the years. In reality, sadly, not many people saw it and then it ended up in the bin."

You’re trying to bring the concept of ‘Free Art Friday’ to London. Why?

"I know everyone’s busy in London but if I can introduce the buzz of 'Free Art Friday' – just to get attention in that little walk between the bus to the tube or encourage people just to have a look around – then it will be worth it. There’s not just my work around, so people will see everything from paintings to stencils to creations. East London is already fab for this.

"The thing is, nobody loses with 'Free Art Friday' - the artist gets that platform and someone walks away with some art they love.

"There are groups doing this all over the world already. In Tel Aviv, we held a big 'Free Art Friday' in December, and people were embracing it massively. We would leave a piece whilst tweeting the approximate location - and as we were driving away, cars were screaming up and screeching to a halt with people trying to find things.

"Sometimes I just set up an outdoor exhibition and we'd say, 'If you like the work, you can take it'. The fact that it’s on the street and not orchestrated, means it can grow and spread in any way that is natural."

So this must be a big deal to move to a gallery display?

"Yes - to encourage people to think about taking my free art home, I developed characters – these melancholy faces who looked a little alone. I put my heart and soul into these and then I used to walk away and leave them there, really hoping somebody will pick them up. Moving into the galleries in these last 12 months – I had to work out how to take that special bit of my work with me. The highlight on the street is walking away and thinking ‘somebody might spot this and take it home’. But the show is about saying ‘I don’t want people to walk past and miss it’. And it’s true, I don’t want people to ignore what they see on the street – whether it’s a can or someone homeless or something beautiful even – I want them to walk around with open eyes."

You still use materials from the street. Why did you choose to do that?

"When I was putting a painting out on the street, there was no way I could afford to buy a nice canvas and then leave it out there. So I had to use what was available – cardboard was free and plentiful and I could grab bits that were left outside the Co-op. And when you do open your eyes while walking around, you find ‘trash’ which can be worked on – and I’m not adding any litter either - it’s nice to think I might be taking something that was going to be thrown away to make it desirable. So I use bits of driftwood, cans, cardboard – anything I find on the streets.

"I’m up-scaling for the show - the West Bank Gallery is massive – there are two floors and close to 1,000 square feet and I’m filling it on my own as a solo show. So there we will be using oil drums, massive pieces of wood, nearly 180 feet of old floor boards, light bulbs – it’s all trash that has had a few little touches added and become more precious."

You say you started out a little late – in your 30s. What encouraged you to make that change?

"At the time there was no way I could do it full time – I was a family man with a decent job as a primary school teacher. I was always the kid in the corner where people would ask me to draw things for them. I remember being at school when I was seven and I drew a picture of a pike and I got a gold star from my teacher. It was one of the rare gold stars I got at school. When I was teaching I was the art manager at school – so I had a passion for it.

"So once I’d had the family, I stumbled into the street art world and realised there were so many people out there producing such beautiful work and I’d had my eyes closed to that, it had been missing from my life. It’s great to be part of it now – having my eyes opened to it."

Where do you want to take your work next?

"Going to Israel was a real inspiration to me – because I used Israeli materials, cans, and I like the idea of taking the rubbish from the place to be creative. So I’d like to take the 'Free Art Friday' project to other places and to do shows elsewhere. I want to spread the word, paint cans from any places I can and go everywhere; take it worldwide."

Visit MyDogSighs' "Walk by, ignore me, forget you ever saw me" exhibition at The London West Bank Gallery from Friday 22 - Sunday 31 March, 11am - 7pm. 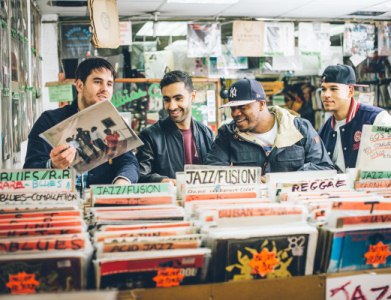 MUSIC: Attend your own BRIT master class at the O2 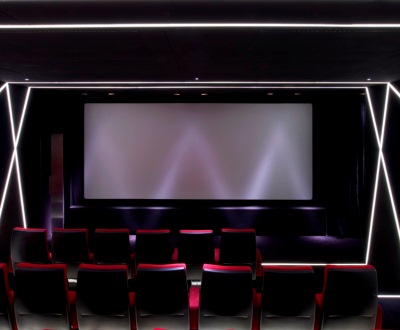