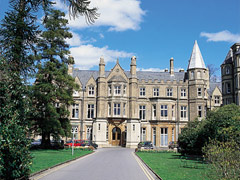 Brunel University started life as a Middlesex Junior Technical school in 1910. The school was forced to move to Acton, West London in 1928, where it began to expand rapidly. The institute was created to provide skilled labour for local industry and during its early growth more than ninety percent of graduates found immediate work within the City. At the start of the Second World War the University became a training facility for Men and Women to help the War effort. The Governments increased focus on the expansion and maintenance of British industry after the War affected Brunel University radically. New buildings were completed in 1957 and in 1962 the name was officially changed to Brunel University. Set across several Campuses- Brunel University has become as synonymous with technical Excellence as Isambard Kingdom Brunel himself. Students from across the world study here. The University has easy access from Central London via the Underground system.