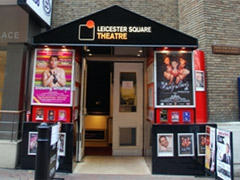 The Leicester Square Theatre opened in its current incarnation in 2008. The building dates back to 1953, when it replaced the war-bombed Notre Dame Hall. It has had various guises over the years, as a punk music venue and a music hall till it was converted into a theatre in 2001 and called The Venue firstly, before being renamed. This venue has two spaces that host music, burlesque, stand-up comedy and drama. Big names like Roseanne Barr and Julian Clary are just as likely to be found on the bill as up and coming artists the theatre management are keen to promote. The main auditorium has a capacity for 420 and two bars, and the more intimate basement venue seats has unallocated seating for 60 with another bar. Since opening in 2002, this cosy venue has garnered great reviews from the national press, which has certainly helped to get bums on seats, seeing Joan Rivers make her acting debut in ‘A Work in Progress By A Life In Progress’ can’t have hurt either. 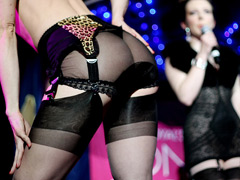 Including cabaret, comedy, art, retro-titillation, drag and spectacles for the, let's say: adventurous...

The Basement Bar at The Leicester Square Theatre hosts a range of cabaret, comedy and burlesque. The subterranean intimacy of the small bar is the perfect place to get up close and personal with a range of acts performing in front of a modest audience.