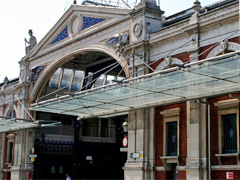 Meat has been bought and sold at Smithfield for more than eight hundred years, making it one of the oldest markets in London. Eighty-five thousand tones of produce pass through the market each year including meat, poultry, cheese, pies and savouries. The prices negotiated at Smithfield directly affect the costs of meat and poultry throughout the United Kingdom. Many of the best restaurants and hotels buy their meat at Smithfield and the site is famed for the quality of the produce available.

The impressive market building itself is a huge Victorian grade II listed building from 1867, albeit with the most modern facilities inside. In recent years the market underwent a seventy million pound refurbishment and is now considered the most modern meat market in Europe. The name Smithfield comes from the first documented description of the market, described as a 'smooth field'. Edward III granted the site market status in 1327.

Following Parliament's granting permission to construct new buildings on the Smithfield site, construction began on the east and west buildings directly over the railway lines in 1866, so that meat could be delivered directly by train. The buildings were designed by city architect Sir Horace Jones. There was further expansion in 1875 when a specific poultry market was added, though it was destroyed by fire in 1958.

The Smithfield Market is an institution that is as necessary today as it has always been, and is worthy of a passing visit on the way to St Paul's or before trying one of the popular bars and restaurants in the Farringdon area which has developed a trendy reputation over the past few years.

Farringdon or Barbican stations are only a few minutes walk from the market. 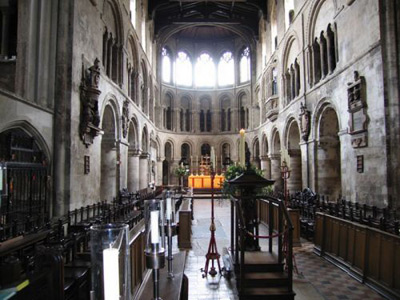 London is getting on a bit... take a tour around its oldest bits.