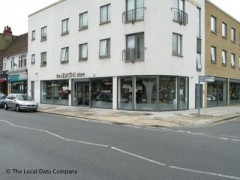 Tweet
About: The Lighting Store holds a vast range of contemporary and modern lighting, involving elements from decorative and simplistic designs and encompassing the classic, chic and avant-garde.

The Latest User Reviews of The Lighting Store

The rating for this review is no longer counted due to a response being added, see below for the official response.

I am in the process of furnishing my house & every bulb needs to be covered! I popped into this store on Finchley Road & decided to purchase a couple of smaller fittings before spending any large sums on any of the larger, grander ones I would like. They were very quick to take payment which was fine because I was told that these fittings would be with them the following Friday & they would call when they arrived. No call so I called them, to be fair they apologised & said they would chase up & call me back. No call so I called again, still no light fittings but another promise to call me back when they arrived. No call again so I called for the third time to find that the fittings were now in store but unfortunately I had to endure an incredibly rude man at the end of the phone, the Chairman, Kenny Collins - to detail the entire conversation would pointless but to mention that when I said I was unhappy that no-one had called me & this was now the third call I have made to find out if my light fittings were available for collection, Kenny's response was to ask if I had just called for an argument. Unfortunately the conversation just went downhill from there. I was aware that his son worked at another store but since he was the only other person in a managerial position I contacted him to mention this incident because this is what you do when you have a complaint regardless of the level of the person involved, to which I found, unfortunately, he is very much his father's son.

Needless to say my money will not be spent in this store unless of course, the company changes hands!

Just to give an update on this situation. The problem was quickly sorted and we are sorry that this customer felt he had received such bad service and write this review. We have been serving customers at the Lighting Store for over 3 generations and it is rare that we get a complaint. Once again, this problem was quickly resolved and one of the unusual situations and the customer was happy with our service and products once we had sorted out this situation.

Added on Mon 02 Nov 2009 at 12:11:15 [report] [respond]
The rating for this review is no longer counted due to a response being added, see below for the official response.

I made a small order (£50) from the Lightening Store and they were very quick to take my money. However the goods never arrived. I chased the order a number of times and had a very rude comment from the owner of the shop saying that the order was of no interest to them as it was so small. It took a number of weeks to get the refund (I am still waiting) and have found the attitude and service from the shop to be extremely unprofessional. The reason I am writing this review is to highlight that it seems that unless you spend a fair amount of money you do not seem to receive a decent level of service. Therefore be careful before you part with your money.

As with the previous customer this was an extremely rare case and we pride ourselves on our customers service and customer satisfaction. We have a well deserved reputation with our customers and know that this situation was resolved and once again we can only apologise to this customer.