Do you live and breathe music? You’re in the right city… 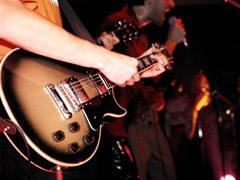 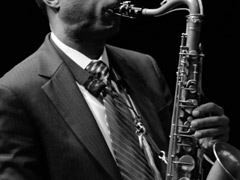 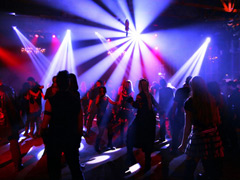 Let’s start with the record shop, now a dying breed. Head to Soho, where you’ll find Phonica and BM Records for electronic music, while Sister Ray and Sounds of the Universe have a bit of everything. If you’re looking for second hand vinyl, head to On the Beat on Hanway Street. On the other side of Tottenham Court Road station, off Charing Cross Road is the legendary Denmark Street, aka Tin Pan Alley. There are shops selling guitars as well as records, and there are several venues like the 12 Bar Blues Club and the Alleycat. The street is perhaps most famous for being where David Bowie, The Clash, The Sex Pistols and Elton John among many others, hung out and recorded at various points in time. Many of them passed through the Giaconda Dining Room, formerly the Giaconda Café.

While you’re in the centre of town, if you are interested in classical music, and more specifically, in baroque composer George Frideric Handel, you can pop into the Handel House Museum on Brook Street in Mayfair. Handel lived here for 35 years, and two centuries later Jimi Hendrix moved into the flat next door.

If you want to delve further into the history of British popular music, the British Music Experience at the o2 Centre offers an interactive museum experience. There are exhibits like a vintage dress worn by Amy Winehouse and John Lennon’s glasses, but the main draw are the booths where you can make your own music or copy dance moves like the Locomotion or Vogueing. You’re also given a “smartticket” that allows you to store information from the museum and upload it to your very own page later on.
\n\nIf you prefer more conventional museums, the V&A in South Kensington has musical instruments from past eras like ornate, 16th century harpsichords. The Horniman Museum has a collection of musical instruments from around the world, and the Musical Museum in Kew boasts a fantastic selection of organs, including a rare Wurlitzer. Additionally there is a museum at the Royal Academy of Music on Marylebone Road, which has original manuscripts by famed composers and pianos dating back to the 17th century.

If you’re in a really studious mood the Barbican Music Library is a great resource for publications, books on all music-related subjects, CDs and even a piano for you to practice on (headphones are provided). If you’re searching for a particular recording, the British Library Sound Archive might have a copy, call them in advance with your request to speed things along.

The Southbank hosts free concerts at lunchtime on occasion, these may be folk, jazz, classical or Latin music. In the summertime there are daytime music festivals like Lovebox in Victoria Park, run by Groove Armada and mostly for electronic music, Wireless in Hyde Park, for rock and pop, and the August Bank Holiday sees SW4 take over Clapham Common, with big name DJs in the vein of Sasha, Tiesto and Carl Cox.

If you’re looking for historical landmarks, you can head to Abbey Road in Maida Vale, famously featured on the cover of the Beatles’ album of the same name. Chelsea’s King’s Road was at the centre of London’s music scene in the 60s and 70s, home to the Chelsea Drugstore, where Mick Jagger et al would hang out, as well as Vivienne Westwood’s Sex shop, where the Sex Pistols were formed by Malcolm McLaren. Take a walk down this road today and you’d hardly guess its past from the juice bars and boutiques that populate it. You’re better off heading to Camden, an area which despite being packed with tourists most days still has an important music scene, mostly indie/guitar-based. There are also a few decent record shops here, On The Floor Records sells second hand vinyl and No Hit Records on Parkway specialises in rock’n’roll.
\n\nNight time

Stick around in Camden till nightfall and you’ll be able to take your pick of live music. The Roundhouse has an eclectic programme, past performers have included everyone from Muse to Innervisions DJs Dixon and Henrik Schwarz. The Dublin Castle on Parkway is devoted to heavy rock, while the Blues Kitchen and the Barfly favour guitar bands (though the latter frequently has DJs playing). Koko, a former cinema turned music venue, tends to have big names as well as indie night Club NME.

There is a proliferation of intimate venues in Shoreditch, which a focus on electronic music. Plastic People has the best sound system in London and a pitch black dancefloor; other venues of note XOYO, 93 Feet East and East Village. Café Oto in Dalston has a policy of showcasing experimental (some say pretentious) music.

The two biggest nightclubs in the capital are Fabric and Ministry of Sound, also the two longest-running. The latter has lost some of its credibility, but check the line ups as they vary greatly from one weekend to the next. A stone’s throw away from Ministry is Corsica Studios, another club worth checking out for serious fans of house and techno. Plan B in Brixton is another haunt with a great reputation for dance music DJs.

For something a little different, the Bishopsgate Institute near Liverpool Street is a stunning, Grade II listed venue with surprisingly good acoustics, put to great use when Wildbirds and Peacedrums performed here. It’s not unusual for places like the Tower of London and Somerset House to host outdoor concerts in the summertime too.

There are too many places to list here, but let’s not forget the major live venues like the O2 Academy in Brixton and Scala, who have no fixed music policy so check their listings. Then there are the concert halls like the Barbican, Royal Opera House, Royal Albert Hall and the Royal Festival Hall. Not forgetting jazz, at Ronnie Scott’s, where you can eat while you watch the performers, or at the critically acclaimed Vortex. In short, if you’re a music lover, there’s enough in London to keep you going forever. 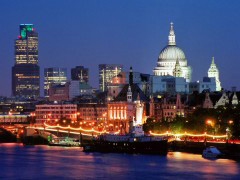 A night in London to remember (1 night in London)
Planning a dashing visit to the capital? A lack of time doesn’t mean your experience should be any less memorable. Pack your overnight bag, the city awaits… 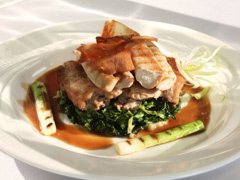 London for food lovers
If you love food then you've absolutely, positively come to the right city.