The History of Notting Hill

We take a look at one of London's best-known districts. 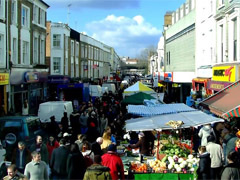 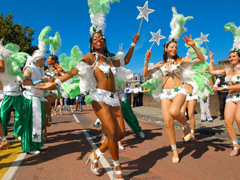 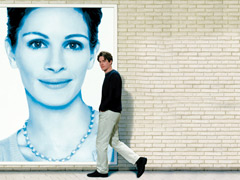 Until the early 1800s, Notting Hill didn’t have much to offer except piggeries and pottery warehouses. Portobello Road gets its name from Portobello, a farm named after the Caribbean town of Puerto Bello in memory of the British captain responsible for capturing it (hence the Admiral Vernon antiques arcade).

Throughout the 19th century the pretty white terraces we associate with this part of West London today started appearing, and the area became one of London’s most desirable. But this change in fortune wouldn’t last. By the early 20th century Notting Dale (as it was then known) was wholly working class and suffering from similar problems to other deprived areas across London: unemployment, crime and overcrowding.

In the 1950s immigrants started arriving from the West Indies, something which caused tension among the existing white population. The new arrivals were unwelcome, and barred from local pubs, they opened their own illegal bars and clubs. Moreover, few landlords would accept black tenants, giving greedy landlords like Peter Rachman the opportunity to make fast money by housing large numbers of people in tiny, slum properties at extortionate rates.

It was an argument between a Swedish woman and her Jamaican boyfriend that started the violent rioting of the August Bank Holiday of 1958. Passers-by joined in, and for three days groups of white young men, many of whom were Teddy Boys, smashed windows and assaulted members of the black community, fuelled by the preaching of Oswald Mosley, the ex-serviceman and politician who had founded the British Union of Fascists in 1932.
\n\nNotting Hill Carnival emerged partly as a response to the troubles and partly as a way for the local Afro Caribbean residents to celebrate their culture. The first one was initially intended to be a children’s fayre, with music courtesy of the steel bands who regularly played in Earl’s Court. But although the carnival didn’t take place in Notting Hill till the mid-60s, the event actually has its roots in the Caribbean carnival organised by Claudia Jones, the communist founder of the West Indian Gazette. In January 1959 St. Pancras town hall hosted the first evening of Caribbean music, dancing and food. Today Notting Hill Carnival attracts around a million people every August Bank Holiday, making it the biggest carnival second only to Rio de Janeiro’s.

During the 60s the existence of underground (and often illegal) music venues made Notting Hill hip - it’s fair to say that in the 1960s Portobello Road rivalled the King’s Road in the pop culture stakes. Brian Jones of the Rolling Stones and Eric Clapton lived in the area, Jimi Hendrix tragically died here. W11 was immortalised in album covers and feature films, and venues like The Globe, The Tabernacle and All Saints Church Hall saw the likes of Jimi Hendrix, Bob Marley and Pink Floyd performing. Record shops opened in the area, mostly stocking rock, reggae, dub and ska, some of which are still open today, like People’s Sound on All Saints Road, and most famously Rough Trade.

Unfortunately once London’s swinging era was over things started to turn sour again. In 1976 a bloody riot erupted at Notting Hill Carnival. A recently passed law, known as the “sus” law, meant that police officers could stop and search anyone without hard evidence - if the officer suspected an individual might be planning a crime, they could be detained. This coupled with the fact that 3,000 police officers turned up to the carnival – ten times more than at previous events – turned out to be too much provocation for many black youths, who felt they were being targeted. 100 officers and 60 revellers were taken to hospital, and there were two convictions.
\n\nThe infamous Trellick Tower, a 31-storey council block, was finished in 1972, and is a prime example of Notting Hill’s transformation over the last three decades. Designed in the Brutalist style of the era by Erno Goldfinger, it was hated by many – Ian Fleming loathed it so much he named a Bond villain after the architect. But it wasn’t just its grey, depressing appearance; the lifts hardly worked, the smell of urine permeated the bock, and there were reports of vandalism, burglaries, and even rape and suicide.

Cheap, attractive houses encouraged young professionals and families to move to Notting Hill in the 1980s. Former multi-occupancy dwellings were restored to single-family homes or turned into flats, and as the income of the inhabitants rose, shops, restaurants and bars became upmarket. Nowadays designer boutiques and delis line Ledbury Road, and the average cost of a one bedroom flat is a cool half a million. The Trellick Tower has been deemed a Grade II listed building and a two bedroom flat can fetch half a million pounds – the high rise has become a prime property location.

Notting Hill still has a large Afro-Caribbean population, and Westbourne Park is home to the largest Moroccan community in London. There are smaller Asian and Spanish contingents among others, evidenced in shops, restaurants and cafes of different nationalities, ensuring that despite its gentrification, W11 remains vibrant. After all, even Richard Curtis’ rom-com couldn’t ruin the neighbourhood. 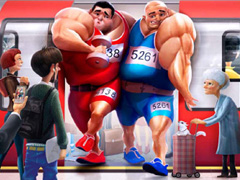 A guide to surviving the Olympics for Londoners
If you're not fleeing the city come the 2012 Games you'll need our Londoner's Olympics survival guide. 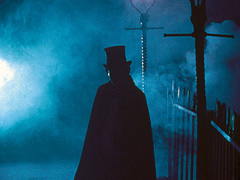 Who was Jack the Ripper?
In over 100 hundred years no one has been able to find definite proof. Here are the most famous suspects...