Roll up for the All In London rock ‘n’ roll itinerary. 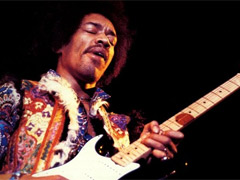 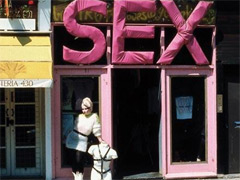 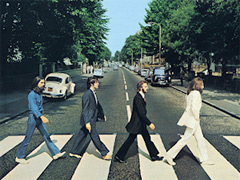 Where better place to start a rock ‘n’ roll itinerary than Denmark Street, aka Tin Pan Alley, the street with more musical history than any other in London. The Giaconda Dining Rooms at no. 9 was a favourite haunt of bands in the 60s and 70s; David Bowie met his first band here, and when times were hard he also slept in a van outside. He wasn’t the only musician to crash here, as the Sex Pistols lived above number 6 (now Vintage & Rare Guitars) and recorded the demo for Anarchy in the UK in the studio below.

Next let’s alight at Wardour Street, where Latin restaurant and club Floridita is located. There are too many pivotal music venues to mention here, but the now defunct Marquee Club is of particular importance, as this was where people like Bowie, Jimi Hendrix, Led Zeppelin, the Who and the Stones played their first few gigs. Not only that, but this is where record label execs came to scout for new talent and broker deals, not to mention where the Who’s Pete Townshend smashed up his guitar on stage, before the act became de rigeur among guitarists. The Marquee changed addresses a total of five times, but the Wardour Street years were the most rock ‘n’ roll.

As you walk up towards Oxford Street, take the first right which will lead you onto Dean Street. Private members’ club the Groucho Club is at no. 45. Its membership is aimed at people in the arts, but it really had its heyday in the 90s, when Britpop musicians would party the night away here. Liam Gallagher once trashed the snooker room causing £5,000 in damages, after this he was arrested by police on suspicion of possessing drugs; they’d also mistaken him for a vagrant. While we’re on the subject of the Mancunian bad boys, Berwick Street (parallel to Wardour Street) is where the cover for Oasis’ debut album What’s the Story (Morning Glory) was shot.

Remaining on Dean Street, walk up to no. 69 where restaurant and guesthouse Dean Street Townhouse is. This used to be a New Romantic nightclub called Gossip’s, a seminal part of early 1980s nightlife. Steve Strange, later the lead singer of Visage, started his first club night here before going on to run Blitz on Great Queen Street, where a young Boy George worked in the cloakroom. Strange had a strict door policy at both clubs; punters had to be dressed with as much theatricality as possible, and regulars included Marilyn, Midge Ure of Ultravox, the members of Spandau Ballet and Princess Julia.
\n\nMoving over to Mayfair, did you know that the Who’s Keith Moon and Mama Cass died in the same bed? Not at the same time mind. In 1974 Cass Elliot of the Mamas and the Papas died of a heart attack in her sleep at 9 Curzon Place, now Curzon Square, in a flat that belonged to singer Harry Nilsson. Several years later Moon moved in, despite Nilsson’s protestations that the flat was cursed, and he died after ingesting a large amount of sedatives.

Walk up South Audley Street and take a left past Grosvenor Square, this will lead you onto Brook Street. Handel House Museum is at no. 25, not only the former home of the classical composer Handel but also of legendary guitarist Jimi Hendrix. After Hendrix moved in and found out about the previous inhabitant, he started buying records by the composer to learn more about his work.

Hendrix moved to Mayfair after Ringo Starr kicked him out of 34 Montagu Square for trashing the place; the Marylebone address also happened to be the first home of John Lennon and Yoko Ono, where Lennon was busted for drugs. Hendrix also lived on and off at the Cumberland Hotels by Marble Arch, and the Jimi Hendrix Suite on the fifth floor pays homage to him.

At Marble Arch station, hop on the 414 bus to the King’s Road in Chelsea. Today it’s little more than an upmarket shopping street, but back in the late 60s it epitomised Swinging London. At the Sloane Square end of the road there is a McDonald’s, but previously there was a three-storey complex with record stores and bars rolled into one by the name of the Chelsea Drugstore. The Rolling Stones hung out here, and the 16-hour a day opening times coupled with loud music caused the neighbours no end of irritation. Another important landmark was the Let It Rock boutique, later re-christened Sex. Owned by Vivienne Westwood, this was where Malcolm McLaren formed the Sex Pistols in 1975.
\n\nNext catch the Circle Line from Sloane Square to Notting Hill Gate. Head up Kensington Park Road and take a left onto Stanley Gardens. The boutique Portobello Hotel has seen many a rock star, from Robbie Williams who liked his circular bed so much he tried to buy it, to Alice Cooper who brought along his pet snake and kept it in the bath.

North of here in St. John’s Wood is Abbey Road, where the famous Beatles cover was shot. Turn right onto Priory Road (not connected to the famous Priory rehab clinic, which is in Roehampton) and walk up till you get to Broadhurst Gardens. The headquarters of record label Decca used to be at no 165, where the Beatles were turned away from and told they would never make it in the music industry.

Walk along to Finchley Road and take the 31 bus to Camden, an area second only in rock credentials to Tin Pan Alley. Venues like the Roundhouse, the Electric Ballroom, and Underworld and many more have staged gigs by now-legendary bands, and their musicians all hung out in the pubs afterwards. One person who became synonymous with Camden Town’s nightlife was Amy Winehouse, who could often be seen at the Hawley Arms and pretty much every local boozer, frequently behind the bar pulling pints. She was found dead in her home at 30 Camden Square in 2011.

If you fancy making a pilgrimage to the dead, you can visit Malcolm McLaren’s grave at Highgate Cemetery, or go to see the sycamore tree in Barnes that has become a shrine to T-Rex singer Marc Bolan, as this is where the car he was in crashed in 1977. 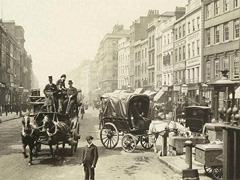 A guide to Victorian London
A guide around the most remarkable Victorian landmarks in London. 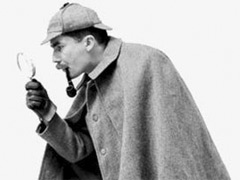 London for under £10
Have fun on the cheap by following our guide for stuff to do that’s under a tenner.