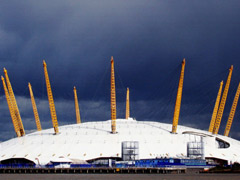 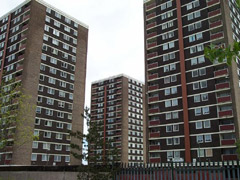 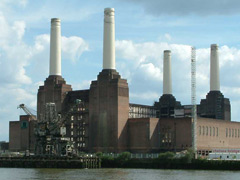 People in high places are just as human as the rest of us, but when they make the wrong decision, whether it’s genuinely naïve or there is a more sinister motive, the repercussions seriously affect the population. Just look at the continued success of the X Factor. In any case, here are a few things that didn’t go quite according to plan in recent years.

The Millennium Dome was conceived under the Labour government, a gigantic dome-shaped building (hich many still consider an eyesore. It originally housed themed exhibitions that celebrated the dawn of the third millennium, and it was expected to be a roaring success but the public stayed away despite the Jubilee line extension providing a convenient new link to it via North Greenwich. It officially closed a year after opening, on 31st December 2000, having cost £798 million in total. After this there were problems finding a potential buyer, as no one wanted to touch such an expensive, not to mention unpopular attraction. The odd one-off event took place like hosting firework displays at NYE, but then telecoms company o2 stepped up, renaming it the o2 Centre. Today it is home to live music venues, a theatre and numerous restaurants, and manages to pull in the crowds with big name concerts.

Was everything with the word “millennium” in it cursed at the start of the erm, millennium? It seemed that way when the futuristic-looking Millennium Bridge by the Southbank started swaying from side to side on the day of its unveiling. It took two years to fix the problem till it re-opened in 2002, and luckily there have been no issues reported since. \n\nUnited States of Great Britain

High rise buildings have become a big deal, the most recent example being the Shard, which at the time of writing is the tallest building in Western Europe. The Pinnacle was following in its footsteps: when finished there’d be a viewing platform, heating would be provided by solar panelling, and it was being designed as a multi-use building, in other words, different businesses were invited to rent space. However few have shown interest and construction has been abandoned due to lack of funds, which beggars the question, does London really need another skyscraper during an economic crisis?

In a similar vein are shopping centres, which are multiplying like rabbits. Aside from new developments like One New Change and St. Martin’s Courtyard, Westfield Shepherd’s Bush was swiftly followed by Westfield Stratford City, two enormous retail centres that originate in Australia. Both comprise high street shops and restaurants as well as a “designer village”, and are inexplicably rammed at weekends; if purse strings are tight, who are all these shoppers? On one hand they create employment, and have brought shopping and dining opportunities to two areas where the previous options were deemed a bit naff by the public – BBC employees at White City suddenly have plenty of places to go to for lunch. The other, more negative view is that these drive commerce away from the West End, nearby districts like Kensington High Street and small, local businesses in Shepherds Bush and Stratford. Not to mention pushing up house prices in both areas considerably. In this respect London is in danger of mimicking American cities where chain stores have replaced small businesses almost entirely.

The 2012 Olympics were so hotly anticipated it was unlikely they’d go without a hitch. But it wasn’t, as many predicted that congestion would be a problem, as Londoners escaped the city en mass and went on holiday, and those who stayed worked from home; in fact things were quieter than ever. But there were problems with security, as G4S, the company hired to provide personnel could not supply the 10,400 guards needed despite their expensive contract, and the military had to be called upon to help out. Also embarrassing were the empty auditoriums, as the fraught ticket-buying process had been well-documented. Again, members of the army were called upon to fill empty stadiums and save face. \n\nUnreasonable housing

The 15 main housing associations in the capital are to branch out into the private housing sector for the first time. Their reasoning is that the revenue they make from letting and selling at market rates will go towards funding more affordable homes. There is currently a target figure of 13,000 to be built by 2015. Going by Boris Johnson’s track record (the number of affordable homes built during his tenure as London Mayor has dropped dramatically, and to make matters worse, rents have risen to the point where they can hardly be deemed “affordable”) there is a very obvious conflict of interest here. When a corporation has the opportunity to go private and make money over providing a public service, which is going to be the more attractive option?

Battersea Power Station is iconic; partially designed by Sir Giles Gilbert Scott, its fascinating art deco exterior has graced album covers and appeared in music videos and films. But since its closure in 1983, no one really knew what to do with it. And generally, when there is uncertainty over what to do with something, it gets converted into luxury flats. The building is at the centre of a host of new developments, which will also include a gym, shops and restaurants. Studio flats start from £340,000, with the most expensive penthouse suites costing £6 million. There’s already been a rush to buy the properties, which won’t even be ready till 2016, but many of the sales are seen as investments, with the owners hoping to make a killing when the area’s property prices rise even further. It’s another setback for people on low incomes who need cheaper housing, but on a positive note new jobs will be created, and the Northern line is to be expanded to link to Battersea. 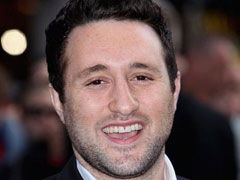 Where are they now?
Ever wondered what happened to Antony Costa from Blue and others? Read on... 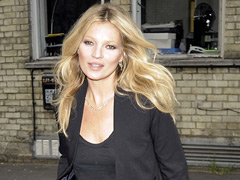 London’s best dressed celebrities
Here are the London celebs who are causing a commotion among fashionistas with their stylish dressing. 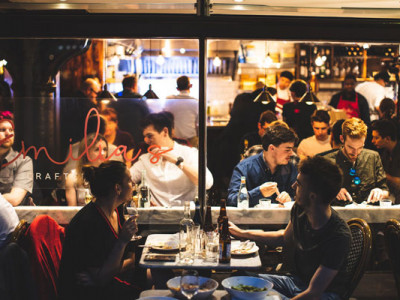