There are some unexpected losers and one extraordinary new entry this winter. 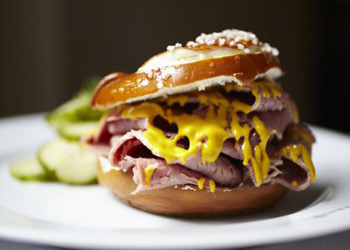 There are some unexpected losers and one extraordinary new entry in the Ultimate Restaurant list this winter as we crunch the numbers to reflect all the latest awards and prizes in the restaurant world.

Firstly the winners. The biggest climbers are Hawksmoor Spitalfields, which is up 23 places to #82. Hawksmoor Guildhall also climbed 12 places to #50, and with Hawksmoor Seven Dials at #28 they are the most successful restaurant group on our list. Simon Rogan’s semi-permanent eatery Roganic comes to an end in July, but still advanced 14 places up the list to #42, and Theo Randall at the Intercontinental scaled 11 places to #47. The Delaunay (pictured), sister to the Wolseley, is up 19 places to #81.

The biggest surprise is American BBQ joint Pitt Cue Co, the highest new entry in at #10; their menu of ribs and pulled pork has garnered plenty of critical acclaim including being awarded Best Newcomer in the Zagat guide. They beat the previous highest entry Dabbous, which entered the list at #15 and have scaled one position to #14. The only other new entry is the Mediterranean-influenced 10 Greek Street, at #63.

Those that didn’t fare so well are Hedone, whose last season hype couldn’t save it from dropping 16 places down the list to #63 - quite a drop considering they were at #10 last summer - Brawn, who lost 13 places and is now at #62, the Corner Room, who dropped 18 to #76, and the Lanesborough’s Apsleys, who are down 12 positions to #68.

With Pitt Cue Co entering the top 10 the uppermost part of the list has seen a small amount of re-jigging, but things could still change dramatically before the final All in One Ultimate Restaurant List for 2013 is published this summer. Will the Ledbury retain their crown or will a young gun pip them to the post? All will be revealed later this year.