If I ruled London, by Matthew Herbert

We get deep-and-meaningful with the innovative musician and discuss the capital's architecture, what should be free and London's biggest villain. 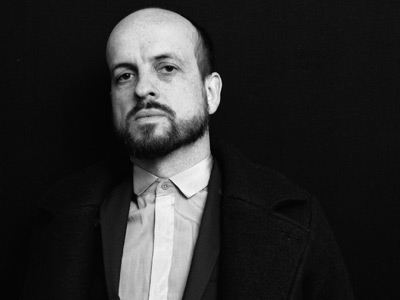 On his 2011 album One Pig, Matthew Herbert sampled the life of a pig from birth to slaughter and beyond, including eating its remains and using its body parts to make musical instruments. It’s characteristic of the boundary-pushing nature of his 20-year career, during which he’s also made a name for himself remixing the likes of Moloko and Bjork and releasing jazz albums with his Big Band.

This year he’s produced an adaptation of Faust for the Royal Opera House and is currently touring 20 Pianos, a performance that uses samples from twenty different pianos from around the world. He’s also written his first TV drama which is about to start shooting, although he’s unable to reveal any more details as of yet. Here we ask Matthew what he would do if he was Mayor of London for the day.

You are given several million pounds to build something new. What would you make?
I feel like there’s such a compulsion to build more stuff, I think we should take stuff out. I would flatten large sections and build nature reserves instead.

What would you flatten in that case?
It would be tempting to get rid of the whole financial district. And there’s something about these giant concrete and glass penises that just force themselves up into the skyline that feels more and more intimidating and elitist. One of the great things about London is just how there should be a place for everybody and nobody really owns it, yet it seems that more and more people are putting down their flags with these architectural gestures and saying we own this bit, and this is ours. I think we need a more democratic approach to our landscape.

What do you think about London’s skyline becoming more like New York’s?
There’s something really exciting about a city creating bold imaginative gestures, the problem is what are the ideas behind it, who is putting these things up and what are they. We’re not building giant libraries, giant schools or giant hospitals, we’re building giant offices whose function isn’t entirely clear and who the average person can’t get into. It raises all sorts of philosophical questions about what they are there for and why we need them. I think we have such a problem now in that we do things because we can, not because we should or because there’s a particularly brilliant reason for them. I’m interested in ideas and engaging with people and community and I think so many of the big statements architecturally answer questions that we had no interest in asking in the first place.

What does London need more of?
It needs more equality, the gap between wealth and experience is so extreme now. One of the things I used to love when I lived in London was how you’d find people with all kinds of histories, pasts, statuses, wealth and education all living next to each other. Now with the pressure on housing stock and all the foreign investment going into the housing market… I mean my first house in 1998 was £33k, now that’s £330k for a very small one bedroom flat. Where are teachers and nurses and doctors and cleaners going to live? There’s that horrible feeling that it’s just going to become like Paris where the centre is owned by the well off and all the people who work in the service industries are in the suburbs. So I think we need a much more level playing field again, things need to be evened out so obviously social housing is top of that list.

What would you make free?
There’s a really basic level of subsistence that we all need, we need clean food, water and air. The first thing I would do is put taps on the streets, instead of these idiotic plastic drinks that cost us money and aren’t good for us and are shipped in and add more cars to the road. We should have community gardens and we should be growing food on roof tops and any green spaces, it would put us more in touch with the seasons, it would bring more wildlife to the city and it doesn’t cost anything other than the labour to do it. So free food, free water, and of course everyone wants free travel, the tube should be free. If we can subsidise oil companies and wars in far off places, we should be able to subsidise people getting about. It’s about trying to address some of the basics.

What would you ban?
I’d definitely ban supermarkets from having more than five branches, that kind of system whereby everything replicates itself. I remember being in Chicago in 1997 and seeing a Starbucks for the first time, and then there’d be one immediately opposite. And I thought “why is there one there, can’t we just cross the road to that one?” And then you go round the corner and there’d be another one. It’s kind of predatory and intimidating. We should encourage imagination and spirit in people giving them the opportunity to try something new, by doing that we have to limit the availability and frequency of chains, particularly food chains because it’s something we have to do three times a day. So I wouldn’t allow people to open millions of versions of the same thing.

What would you completely overhaul?
There’s a great book called City of Quartz by Mike Davies from the 90s about the architecture in LA and the racism inherent in certain architectural decisions, and I feel like some of the language of modern architecture needs rethinking. We have a great revival in glass, and yet it’s just an illusion because we’re not allowed in, and we don’t know what’s going on in there, and we don’t have any rights to that stuff. We need modern architecture to be more inclusive rather than more opaque.

I think the Houses of Parliament is an extraordinary building. I’ve been interested in politics my whole life and it wasn’t until I was 40 that I actually got to go in it, because it didn’t feel like an option. People are so disillusioned with what the political process can bring, what changes it can actually afford. I think we need a new political system that empowers women, that empowers minorities and younger generations, that dilutes the power of the well-off white middle class male and as much as I love the building itself, and the architecture and the atmosphere that’s inside it and the eccentricities of it, unfortunately I feel like it needs overhauling.

Who is London’s biggest villain?
I have gratitude to the Queen for the sacrifices that she’s made in her personal life, she’s shaken the hands of a lot of people and she has sat through a lot of probably quite boring concerts and dinners, so she’s made a substantial sacrifice in many ways on a personal level, but one of the worst things I’ve ever seen in London was the state welcome to the royal family from Saudi Arabia. Saudi Arabia who is responsible for so many awful things in the Middle East in terms of funding of arms, funding of terrorism, and promoting a really intolerant version of Islam. And just to see someone riding in a golden coach down the Strand with all the pomp and circumstance legitimising that, for me it doesn’t make the Queen herself the head villain, but it does add a villainy to the royal family and what it stands for. When you think of the arms deals and the amount of people who have died as a result, it feels deeply, morally abhorrent.

Do you think the Queen is aware of this or is it a question of protocol?
I definitely think the Queen will be aware of it, certainly in terms of the Commonwealth, and when you think of things like gay rights and human rights issues she’s going to have met all sorts of awful people over the years. I certainly think that she’ll know about it and that’s part of the horror of it. Everybody knows it’s a charade but it’s done as a piece of theatre, and that makes it even more disgusting because it’s propaganda, it’s done to make us feel that this is somehow legitimate. It’s the opposite of the Royal Court or the National Theatre.

What does a utopian London look like to you?
Utopian London would be where the people at the bottom have far greater representation and far greater access to respect, to money, to better housing. There are so many people scraping by and we just need to recognise that often the shittiest jobs are the most poorly paid. We have to address that system. I was thinking about something like military service, something that you don’t hear talk of so much anymore but that used to be talked of a lot as being useful for giving people a backbone. Obviously I don’t like the idea at all but I thought we should have public service instead, whereby if you’re going to run Natwest bank on £20 million or whatever it is that you’re going to earn, you should do a year of public service first, so if these genuinely are the brightest, cleverest, most imaginative business people out there who can turn any business around they should spend a year working as a porter in a hospital before being allowed to do that. Like jury service, they have to spend a year doing a job that is maybe not quite as pleasant but is a service to the rest of the community.