We delve into London's best and worst bits as seen through the eyes of our home-grown musical star.. 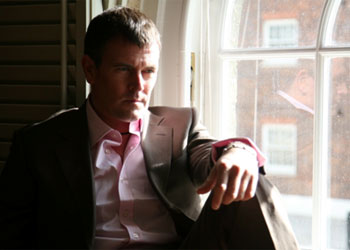 Home-grown success story, Robbie Craig is behind one of the biggest garage anthems of all time 'Women Trouble', which earned him an Ivor Novello award winner for Best Song, a Dance Star Award also for Best Song and was also included on the triple-platinum selling soundtrack to the highest grossing British film in history, “Bridget Jones’s Diary“. He has worked with artists such as Craig David, Artful Dodger, Go West, Conner Reeves, Jamiroquai’s Richard Drummie, Stuart Zender and Toby Smith and Victoria Beckham and has notched up original garage classics such as “Special” and 'Who's The Better Man' with Gerideau.

All In London catches up with him ahead of his Live show at the Back To 95 14th Birthday on Saturday March 7th alongside DJs Todd Edwards, Matt 'Jam' Lamont, Norris 'Da Boss' Windross, Hermit and many more, as he discusses his favourite London places.

My favourite clothes shop is… Super dry and Zara. Their clothes are stylish and discreet which appeals to me.

My favourite club is… well, my favourite clubs have nearly all gone but I have to say the Indigo 02 is always fun and has some great Live music events.

My favourite club night is…Back To 95 and Garage Nation as both these events are amazing to play at . There’s always a buzzing atmosphere with a smashing loyal crowd, old friends a plenty plus new people checking it out and the best old skool house and garage music you could wish for.

If I could sing with any celebrity (musical or non musical) it would be… Stevie Wonder, he’s my ultimate hero. One of my best memories is when I won my Ivor Novello award for Best Song with ‘Women Trouble’ and I got to meet Stevie Wonder.. what a day!

The song that reminds me most of London is… “Its A London Thing” by my mate, Scott Garcia. It captures that raw London vibe that helped make the scene off when it was really fresh.

When I’m in a bar I drink… I’m not much of a drinker and my tipple of choice believe it or not is fresh orange juice.

My favourite pub/bar is… The Met Bar in the Metropolitan Hotel, Mayfair. It’s intimate and always has a party feel that makes for a great night out

My favourite restaurant is… Benihana, a Japanese steak house and sushi bar that has a chef at each table cooking your supper fresh in front of you. Great food and dining experience.

If I want a little peace and quiet when I’m in London… I clear off to one of the lesser known parks or someone quiet around the Thames, preferably on a sunny day with a picnic in tow.

The best area of London is… Putney with the river Thames running through it and some great restaurants and pubs with Live music. Its got a cosmopolitan vibe but also a village feel so it’s got the best of both worlds.

If I could change one thing about London… There are really so many things that I would change about London, I don’t know where to begin! From the traffic to its prices, it’s not the old London I’m used to anymore...sorry!

One thing everyone should do in London is… go out clubbing and if you fancy some old skool garage and house, then head to Back To 95.