We laugh and chat in equal measure with our favourite, genius, drag impersonater 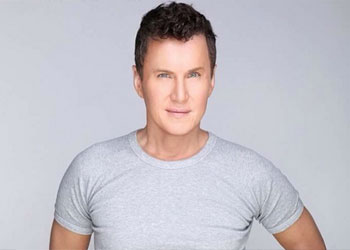 Charlie Hides is the star UK comedy has been waiting for. His parodies of celebrities have a quick-fire wit to rival that of his idol, the late Joan Rivers, and he counts Kylie Minogue and Cher as fans. With almost 18 million views of his YouTube channel and an award for his pilot TV show, mainstream success is surely just a click of a play button away.

Charlie impersonates a gaggle of celebrity divas on his YouTube channel, inventing squabbles and quirks to their behaviour with razor-sharp humour and more than a few off-colour jokes. There’s the vicious popularity contest between Madonna and Lady Gaga, Lana del Rey rambling as a ditzy star completely disconnected from reality, and Liza Minnelli’s slapstick attempts at internet fads like planking. They’re all the more engrossing because it’s not too much of a stretch to picture them acting this way in real life, particularly in the case of Madonna and Lourdes, with the Queen of Pop’s daughter sneering at her mum’s efforts to remain hip. Cher is clearly the favourite, a matriarch of sorts who gleefully keeps reminding everyone she’s won an Oscar. “I decided early on that I would give her that character, because what I’m doing is kind of like a sitcom. I made Cher the wise grand dame they all go to for advice. I don’t think Liza is like this in person at all, but I’ve made her a desperate people-pleaser who wants to try the latest meme or trend. It’s kind of like on Friends, Phoebe is the ditz, Joey is the womaniser and Rachel is a bit neurotic, they each have their own personalities.”

In order to capture their body language, voice and appearance, he spends hours and hours watching interviews. “Some of it is by osmosis, some of it is the natural mimic in me. I just study people and I start picking up on ticks. Some are really overt like Mariah Carey always touching her hair. With Lana Del Rey I’ve really made her a space cadet and exaggerated the lips and the sort of ephemeral nature to her.“

His efforts started to be rewarded when Cher became a fan. A running gag is Cher’s “Whooooo?” when speaking on the phone to the others, pretending not to recognise them. She now uses the catchphrase herself in interviews, and has called Charlie her favourite impersonator. “It was hugely flattering” he says.It was like all my Xmases and all my birthdays rolled into one. And the day she started following me on Twitter, just that I knew she was aware of me, that made me incredibly happy.”

While his focus is on A-list prima donnas he’s also turned his attention to reality stars like the Kardashians. He admits he’s a little harsher on them, however the famous family’s momager Kris Jenner has given him the thumbs up. “A fan on Facebook sent Kris Jenner one of my videos, and she tweeted me a picture from Paris saying something like “rolling on the floor pissing my pants laughing”. Even though I was poking fun at her, there’s the old adage that any publicity is good publicity. If there’s nobody imitating you or talking about you, your career isn’t going very well. A lot of celebrities know they’ve made it when they’re being impersonated on Saturday Night Live. The same as in the UK, a politician knows they’ve made it when Spitting Image has made a puppet of them. If someone is poking fun at you on YouTube it’s because you’ve done something noteworthy.”

Charlie, who hails from Boston in the US, has always been a natural impressionist. As a kid he used to re-enact all the characters from Saturday Night Live to his younger brothers when they weren’t allowed to stay up late to watch the show. He was so accomplished that when he imitated the school headmaster behind his classmates’ backs they’d believe he was telling them they had detention. Later he started doing impressions of celebrities on the radio, and he kept the ones that got the best reactions. However the characters he’s the most proud of are his own creations: Kandy Kane Baxter, a starlet married to a frail old man based on Anna Nicole Smith, Maureen, the gravel-voiced middle aged housewife doling out beauty tips, and Laquisha Jonz, a brash, ghetto-tastic, Jerry Springer regular.

Charlie scripts, edits, and promotes the YouTube videos himself with the help of his husband James, who he says is responsible for the darker jokes. He also does his own costumes, hair and make-up. Aside from the videos he performs to a loyal crowd every Sunday at the Royal Vauxhall Tavern, which he describes as “for an edgy London crowd, I can push their boundaries.” Would he like there to come a point when he can hire people or does he like being in control? “I don’t do it because I’m an egotist, I do it because I have to. I’d love to work with someone who knew more about make up than me, I would love to work with a writer, and a director, I’m having to wear a lot of hats. I would like to have a TV show where every week I play a bunch of different celebrities and there are original recurring characters, almost like a sitcom, and then have a well-known special guest each week. That’s my dream.”

He may get his wish soon: the pilot he recorded for London Live was extremely well received, Kylie Minogue put in a cameo appearance, and it went on to win an award at the Royal Television Society Awards. Now that’s he’s a hit both live and on the internet, it’s time for this fine comic to drag his feisty divas into mainstream TV.