My London, by Antonia Campbell-Hughes 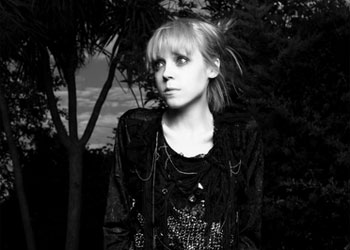 Irish actress Antonia Campbell-Hughes has picked up a plethora of awards for playing characters in distress. In 2013 she lost a drastic amount of weight for the role of Natascha Kampusch, a girl held in captivity from the age of 10 for eight years. Her latest role is in the thriller The Canal, where she plays the colleague of a man framed for the murder of his wife and haunted by a ghostly presence. So naturally we thought we’d give Antonia a break from all the angst by asking her about her favourite London shops and what she’d do if she was Mayor for the day.

You’re from Derry originally, but where do you call home nowadays?
I don’t really call anywhere home. It goes hand in hand with my job. I grew up moving from country to country, in Switzerland, Germany, the States, England for a bit, and then I moved to Ireland when I was 18, but I sort of continue to do that and that’s quite normal as an actor. I own a house in London so I’ve tried to make London my home. What’s really fascinating about it is it’s so incredibly international.

Where do you dream of visiting next?
People always tend to want to go back to where they came from when they hit 30, and because I grew up travelling I always struggle with that. Nowadays I go to Germany quite a lot for a day when I can squeeze it in. I spent a lot of time growing up in New York so I go there quite often. Again like London it’s got that sort of international transient feel. But because my mother was northern Irish I’ve tried to soak up the atmosphere there, the history and the heritage.

You used to have your own fashion range for Topshop, where do you shop now?
I don’t really shop! There are certain labels I really love, I’ve been a fan of Bella Freud since I was really young and did one of her video campaigns, she’s very representative of the London lifestyle. Whenever I go to London I try and take a detour to Selfridges and Topshop. I think London is amazing during Fashion East, part of Fashion Week, they champion the new. I’ve been wearing Simone Rocha since she started out, I’ve known her for years. It’s amazing that she’s doing so incredibly well. She’s Irish originally, I first encountered her when I moved to Ireland. Her father is John Rocha, I wear a lot of John Rocha as well.

What has your biggest extravagance been?
My dog, financially and emotionally.I needed to settle, and getting a dog is the best way to settle because he can’t travel that much. He’s a French bulldog so he’s quite expensive!

What’s your favourite restaurant?
I’ve been going to The Ivy since I first started going to London with my mother as a kid. It’s very much part of the brickwork of London. What’s so nice about it is that it stays the same, and it’s good, solid quality. I love the fact that it’s so classical.

Where do you go to have fun?
I tend to go to the theatre a lot. I try and go to the Royal Court because I really like it as a place and there’s always amazing theatre there.

What’s the best thing about London?
It’s so incredibly vast. I’ve lived in London for about 10 years and I’ve never felt particularly settled in one area, you can hop on the tube and get off at any station and it’s like entering a whole new parallel universe.

Imagine you’re Mayor of London for the day, what would you change?
My pet peeve is that there’s no Eurostar-type tunnel linking to Ireland. The Eurostar to Paris is so incredible and that whole means of travelling is phenomenal, you can access so many places so quickly. So it would be nice to bring Ireland a little closer with a tunnel.

The Canal is out now on general release.