Making his debut at Berlin Berlin on Saturday August 18th at Egg LDN is the weirdly camp kooky rising artiste/host, Johnny Bones. We catch up with him to hear about his earliest inspirations including childhood villains, 80’s/90's rock/punk/grunge, Alexander McQueen, Madonna, and why fun’s such an important part of his unique take on story-telling.

Joining Berlin Berlin for the first time and what kind of things can we expect from Johnny Bones on the night as i understand ‘spooky’ and ‘kooky in the most theatrical sense is what you’re channeling?

What to expect... Expect sexy monstrous looks and feral dancing. I really like to bring something that's sexy AND ugly all the while throwing myself around in shapes that might or might not be pleasing to the eye. You'll have to come and see to find out.

Known for some incredible outfits and unusual imagery coming into play, where do you get your inspirations from? Do you create your own outfits or do you work with specific designers?

I've always had a preference or a tip towards the darkside. As a kid I was obsessed with the villains of cartoons, films and video games. Gods and demons, mythology, punk, alternative, queer, fantasy are but a few key words I might throw around if I was to talk about my 'brand'. I do all my own make up and SFX and my wardrobe is a collection of things made (by me or others) bought or found. I’m not quite famous enough (yet) to have stylists or designers making things for me, not just yet - (I've only been in the performance scene for last year and a half) - but I've been luckily enough to have some very talented friends who I've paid/traded to have stuff made when it's out of my wheelhouse of skills.


Where and when did you start performing and why does dressing provocatively and performing hold such allure for you and for an audience?

I've been performing since I was a kid back in Liverpool. I was always putting on shows or writing stories. I was quite an isolated child and I spent a lot of time alone and I think performance was a break away from reality for me. I trained at drama school in London and was acting for a few years and I found drag/alternative performance scene 3 years ago. Around a year and a half in I started doing it full time.

I think the provocative is an important part of breaking down barriers. Drawing people in, flipping the table and opening up to the gooey bits inside. It's also, simply, really fun to not wear much and feel beautiful and sexy on stage. I think it has many layers but it's an important part of queer culture.

Does your unusual name have any special resonance?

Not really, I'm not great at making decisions that I know I will carry with mec (hence a different look every week :-)haha) so I went first to Johnny Bones then to Johnny Jones( Jones was David Bowie's birth name) then to Bones again. I'd thought recently of changing it but stuck with it. It mainly cones from my love of horror and being a monster. I also sing all of Jack Skeleton's songs from ‘A Nightmare Before Christmas’ and have been since I was little. In fact it might have stated there.

A lot of Disney villains I looked up to or was fascinated by. I adored their need for change, no matter the cost. Often misunderstood or had suffered a jaded past, they were now left bitter or evil. A lot of computer games had a big impact, incredible worlds and art direction. ‘The Silent Hill’ games were a big impact on the depth of my darker performance but I had a huge range of obsessions growing up from Japanese horror to Lovecraft stories to Alexander McQueen to sci-fi to 80/90's rock/punk/grunge. At the time though I was also being a sissy, living my Madonna, blondie, Alanis Morrisette fantasies :-)

I'm a performer, or break that down further - I’m a story teller. Whether that’s a character study of a psychopathic woman who skins her lovers and wears them as a dress (look out for this at Berlin Berlin) or a provocative sexual demon drag queen who telling a story about queer sexualities through having a ball of a time dancing on a podium. I like whatever I do to tell a story. And oh believe, there is a lot of admin as a performer and more so as a drag queen. Invoices, auditions, applications, tax, emails, bookings, photos, sourcing costume, wig and costume upkeep, the list goes on.

Day to day I get up, do my emails, get stuck into what I'm making currently or working on, go to the gym, hit my to-do list and then it's usually time to start getting ready for whatever gig I have that night.

Sum up what makes a good party performer/host?

A genuine fun loving person who wants to have fun and wants everyone else to enjoy that fun with them. Pulling a great unique look is a plus but I know many hosts who don't do that but are still doing a fab job (was that shade? I think it might have been - :-) LOL)

As part of the LGBT art scene and community in London, do you think you’ve ever faced setbacks in your industry because of who you are?

Oh absolutely, type cast, or just not being heard for what you want to do with your craft. Part of the reason acting has taking a back bench currently is because I never got the villains role I wanted. I wanted dark deep roles, psychological bounders and monsters. I never got those roles so I started my own act to take on those kind of roles. As an out queer man I think I was often seen as soft or pretty and never given the chance to shine in a twisted role. But the beauty of being a queer performer is I make my own path now. I'm the warrior queen of my own making, and I'm surrounded by other incredible queer warriors - all fighting and creating a better world, sometimes for just themselves and for being out. 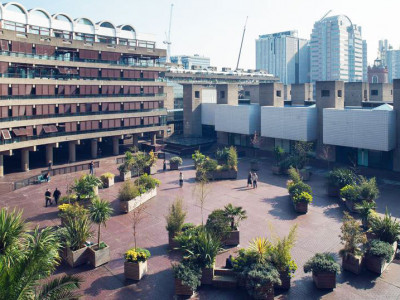