New, used and rare books and Dark Arts Coffee are on the menu in East London's newest left-wing café, Aelita. Named after the Soviet sci-fi film the independent café and bookstore is here to revolutionise Clapton's reading choices. 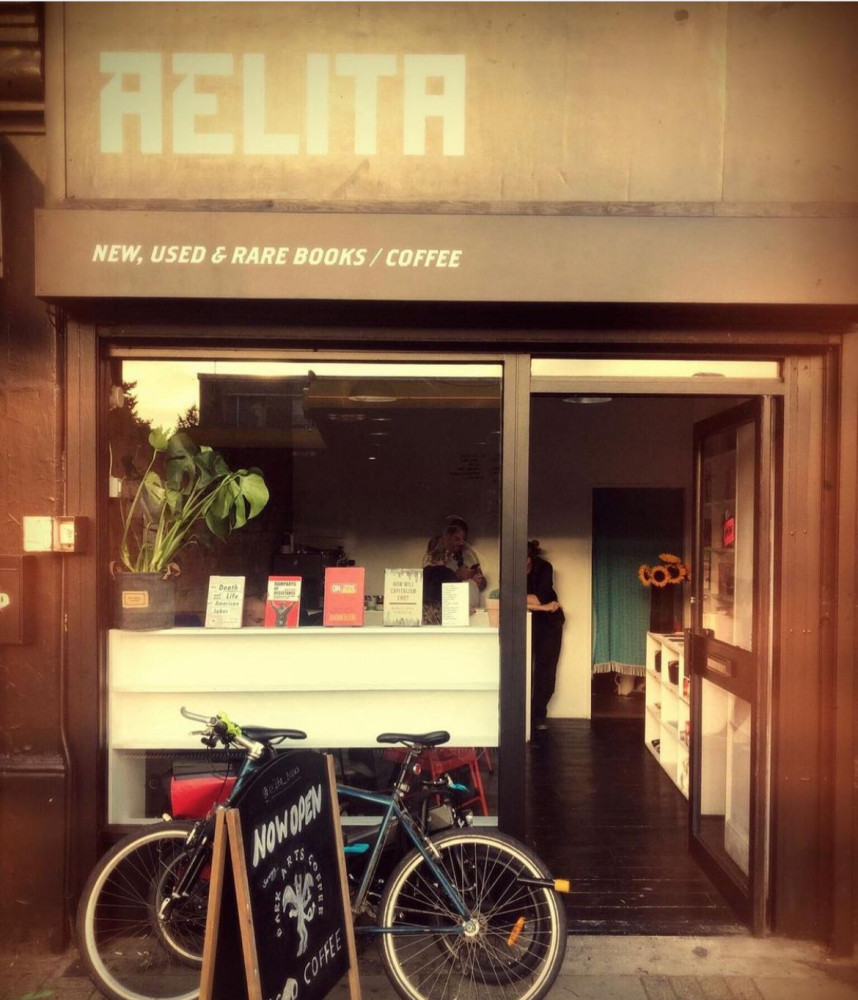 Bringing class consciousness to the masses is on the agenda at Clapton’s newest café, Aelita. The owners, Danny Scott, Josie Hailey, Nolan MacGregor, Imran Ayub and Mark Montegriffo are passionate about political education and the people-powered change it can bring about.

Aelita opened its doors on Lower Clapton Rd last month. Comrades can enjoy a literary offering of politics, poetry, art and sci-fi alongside locally roasted Dark Arts Coffee. The only café of its kind in the area, Aelita’s mission is to make political education accessible to all and inspire community movement. The founders have big plans for the premises and work has already begun on a basement recording studio.

Aelita has garnered attention from notable activists in the area, counting journalists Brian Whelan and Ben Smoke among its first customers. The café also plans to host talks with authors, organisers and MPs. Evenings with Eve Livingston, Amardeep Singh Dhillon, Chris Saltmarsh & Nadia Whittome are already on the agenda.


The owners aren’t new to social change. Mark Montegriffo has written for leading left-wing publications such as Jacobin and Novara and was involved with The World Transformed. Danny Scott and Nolan MacGregor also founded the data-driven campaign design co-operative Jarrow Insights to help political parties and local governments understand the communities they serve. While Josie Hailey is a creative communications consultant who's spent over a decade designing progressive campaigns for the likes of the Labour Party, LGBT Foundation, Unite and Sadiq Khan.

Danny comments, “We want this to be a community space and knew that Clapton was the perfect place to set up shop. The locals have been hugely supportive, but the community in East London has been pushed out and disempowered by years of gentrification. We want to do our bit to help take that power back.”