Some Kind'a Soho - The voices of disappearing Soho

New book celebrates the district's past and highlights. 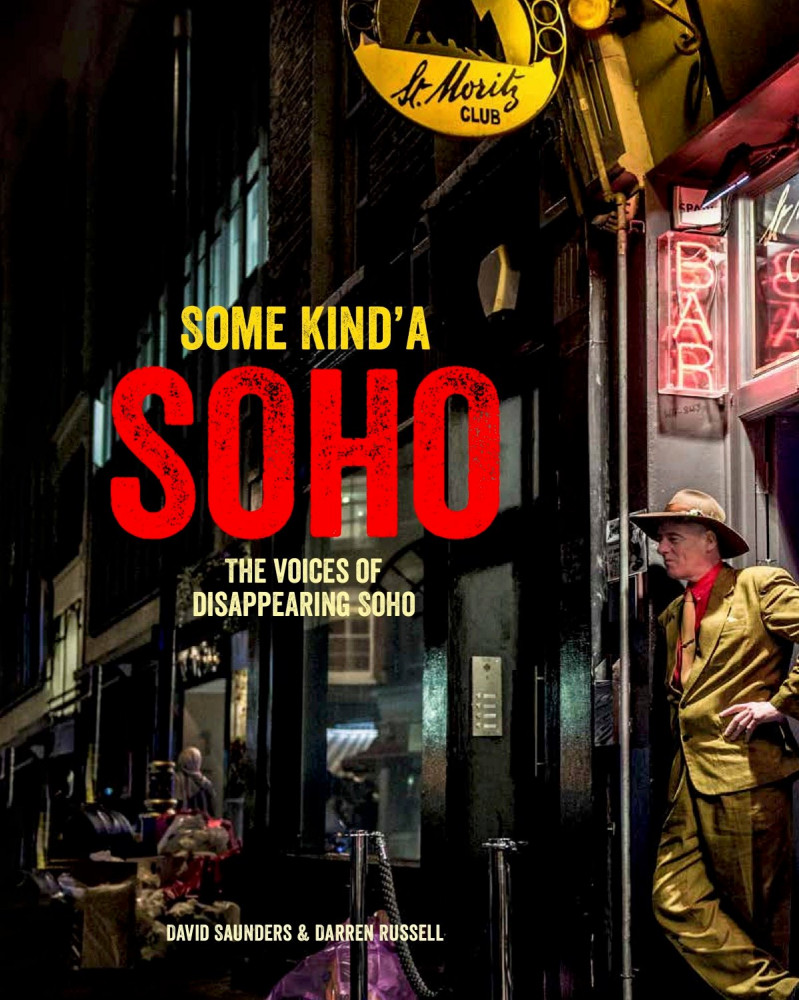 The book 'Some Kind’a Soho' is a celebration of Soho, its people and their voices and of a vibrant, dynamic and compelling life which is fast disappearing. This project opens a window into some of Soho's most colourful faces, including restaurant owners, club promoters, antique dealers, musicians, models, tattoo artists, media personalities, sex workers, and black cab drivers. Many have been asked previously to tell their tales, but shunned away from speaking until now...

The authors David Saunders and Darren Russell are well known in Soho life, and thus have been able to coax stories and anecdotes from those who live, work and socialise in the Naughty Square Mile. The remarkable stories of these highly individual Soho-ites are all accompanied by beautiful images captured in hugely photogenic locations that are key to the story.

Available from all good bookshops online and offline.