Get Set for Summer on Queen Elizabeth Olympic Park

Celebrate 10 years since the London 2012 Games 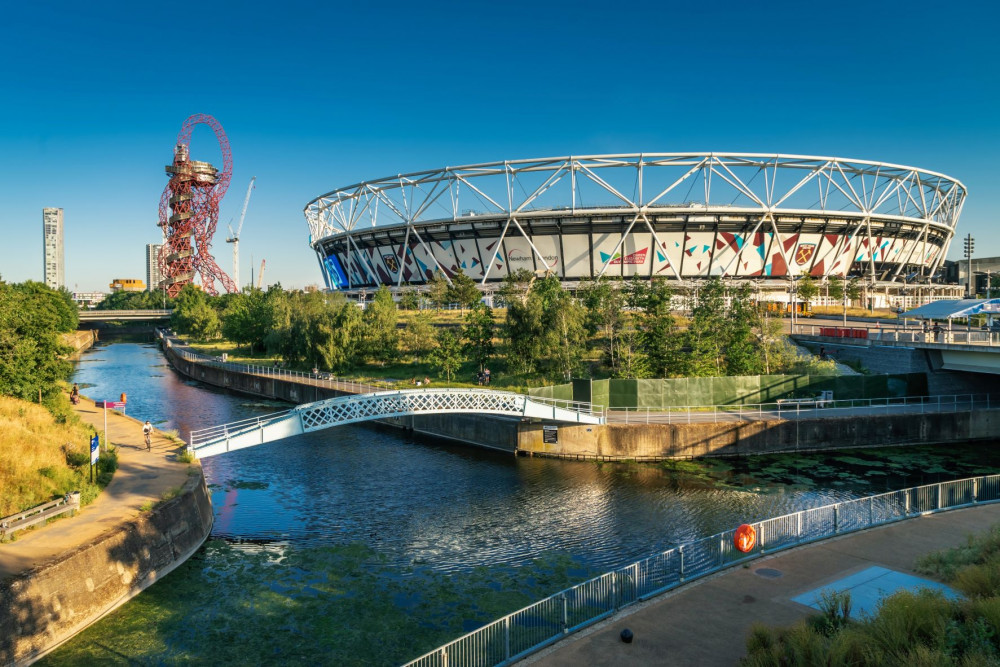 This summer at Queen Elizabeth Olympic Park will be one to remember, with a jam-packed programme to celebrate ten years since the London 2012 Olympic and Paralympic Games.

From community festivals, a giant entertainment screen, to free exhibitions, there is something for everyone on the Park over the next few months- the only problem will be fitting it all in!

The Great Get Together Mayor of London, Sadiq Khan will join local east Londoners in lighting an Anniversary Legacy Flame next to London Stadium on Friday 22 July to mark the tenth anniversary of the start of the Games.

Then join us on Saturday July 23 for the Great Get Together, the Park’s largest ever free annual community event which will take over the south of the Park and Stadium Island.

Whether you want to be entertained, get creative or take part, there will be plenty going on for the whole family! On the main stage we have performances from local UD Music’s flagship group Flame Collective, up and coming BBC Introducing artists, a dance performance from new Peaky Blinders Production, London School of Samba leading a performance and parade and lots more.

There will be dance workshops for all the family, street theatre, circus skills, storytelling from Discover Storytelling Centre, t-shirt making, flower design, face painting, roller skating, fun fair rides and so much more. You will also be able to get active and have a go at a range of Olympic and Paralympic sports including cycling, track races and tennis and so much more. Stay up to date with news on the Great Get Together here. Celebrating 10 Years – Festival Site Following the Great Get Together, the Park will host a smaller scale Festival site from through the summer holidays; Sunday 24 July through to Monday 8 August, which will offer a mix of fun activity, screen and stage entertainment in the North of the Park.

Expect mass karaoke, movies, and for some added nostalgia, relive London’s iconic summer like no other - with footage of Team GB and Para GB winning gold at the London 2012 Olympic and Paralympic Games, as well as highlights of that extraordinary summer. Not only is there a giant screen, there are lots of fun activities including table tennis, fitness workshops, giant treadmill The Tumbleator, live performances from UK Skiffle-Pop band Thrill Collins, as well as some other great bands and live DJs. Plus loads of Instagram-friendly experiences, including a giant walk-in statue by disability rights activist Jason Wilsher-Mills and something called ‘The GlitterBox’ - which is best experienced in person! There will also be garden games and activities that kids will love.  Register your interest now.

And that’s not all... Join in the excitement of this summer’s Commonwealth Games as the Birmingham 2022 Queen’s Baton Relay will visit the Park on 5 June as part of its journey through England this summer.

On the same day see England’s best netballers go head-to-head at the Vitality Netball Superleague Grand Final at the Copper Box Arena. Raising funds for UNICEF, Soccer Aid will be held at London Stadium on 12 June. Usain Bolt will make his return as captain of the Soccer Aid World XI team and Sir Mo Farah will pull on the England shirt once again, both competing at the London Stadium ten years on from their gold medal heroics at London 2012.

On 18 June Monster Jam, a larger-than-life sporting experience heads to London Stadium for the first time. Celebrating its 30th anniversary this year, the adrenaline-charged, interactive experience for the whole family features skilled athletes locked in intense competitions of speed and skill.  Air guitars at the ready! Green Day, Weezer and Fall Out Boy will come together for the Hella Mega Tour at London Stadium on 24 June. The music continues, as the Red Hot Chili Peppers will play London Stadium on 25 and 26 June as part of their 2022 UK Stadium Tour.

Ever dreamed about eating the best chicken wings the UK has to offer? Well, here is your chance as Wing Fest comes to the Park on 16 and 17 July. July and August will see Lee Valley VeloPark host the Birmingham 2022 Commonwealth Games track cycling, becoming the world’s first sports arena to host competitions for Olympic, Paralympic, World Championship and Commonwealth events.  Then Europe’s largest pride celebration for LGBTQI+ people of African, Asian, Caribbean, Latin American and Middle Eastern-descent comes to the Park on Saturday 14 August UK Black Pride. The theme of UK Black Pride’s 2022 event is “Power”.

We’re also inviting you to share your favourite memories of the Paralympic and Olympic Games on the hashtags #PasstheBaton #London2012.

Find out more about our 10th anniversary and how you can get involved.  Remember, the Park is open seven days a week and free to enter.

Here are our top tips to enjoy the Park this summer:

1. Zoom to the top of the UK’s tallest sculpture, the ArcelorMittal Orbit, for breathtaking views across London – or take on the world’s longest tunnel slide!

2. Set off on an adventure around the Park with one of the free trail guides. There are four to choose from: London 2012, Art in the Park, Parkland and Wildlife or Children's Adventures in the Park.

3. Choose from cycling, swimming, diving, tennis, hockey and a host of other exciting sports to try out in the iconic venues from the London 2012 Olympic and Paralympic Games.

4. Enjoy a bite to eat at one of the award-winning restaurants and cafés at the Park.

5. Unwind with a picnic in the relaxing parklands in the north of the Park and spot some of the wildlife that have made the Park their home.

6. Relax on a boat tour along the canal while an expert guide tells you little-known facts about the Park – or take to the waters yourself on a swan pedalo.

7. Strike a pose next to the Olympic Rings or the Paralympic Agitos in the north of the Park and share your photos with us @noordinarypark on Twitter and @queenelizabetholympicpark on Instagram.

8. Take a tour of the iconic London Stadium for a sneak peek behind the scenes of this world-famous venue.

9. Let the kids run free in the amazing play areas across the Park –  with Tumbling Bay in the north of the Park and climbing walls, sand pits, an outdoor gym and more in the south of the Park! Please note that some areas of playgrounds are closed for visitors' safety.