Your All In London guide to Alperton 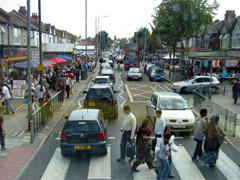 Alperton is a reasonably small suburb located in the London Borough of Brent in North West London. In reality, Alperton has one large road that dominates the entire region. Ealing Road runs from one end of Alperton to the other and contains most of the region’s facilities including two schools, a tube station and a large building suitable for conferences.

Apart from the main road, there is also the Grand Union Canal which helps this suburb retain some of its historic charm. Alperton has several well known and popular districts such as Perivale and Harlesden and has excellent transport links both to North and Central London, making it popular with city workers looking to live a little further away from Central London.

Going out in Alperton