Your All In London guide to Feltham 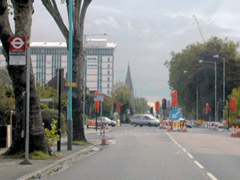 Being home to a young offender’s institution has given Feltham a notorious reputation, but things seem to be on the up. The borough of Hounslow is becoming ever more popular as an ideal location for people putting their first step on to the property ladder, and the appeal is spreading to Feltham, where house prices are lower than neighbouring areas in the borough. Feltham benefits from having a decent selection of high street shops in the town centre, a tube station on the Piccadilly Line and being close to Heathrow Airport. Hounslow Borough Council has also been concentrating its efforts on regenerating the area which has resulted in new homes and shops.

Going out in Feltham