Your All In London guide to Leytonstone 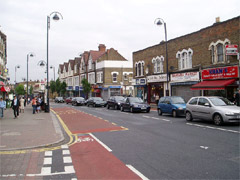 The birthplace of Alfred Hitchock has existed since Roman times; in fact the name derives from the ‘Leton-Atte-Stone’, the name of a milestone situated on the main thoroughfare from Epping Forest to the centre of London. Formerly part of Essex, it only became a district of London in 1965. Today, Leytonstone sits on the fence between urban district and suburb; there isn’t much activity except for the high street, which contains branches of Tesco, Primark, Matalan and Boots. Leytonstone is also where the local hospital, Whipps Cross is located. House prices are relatively cheap, which has encouraged a recent influx of Eastern Europeans, antipodeans and students.

Going out in Leytonstone