Your All In London guide to North Harrow 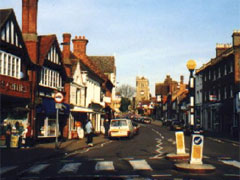 Although it is regarded as one of the better parts of Harrow, there is no denying that North Harrow suffers due to its lack of decent shops and recreational activities, meaning it’s not unusual to spot underage drinkers hanging around the parks or outside convenience stores. There is a large Asian community in the area, as with many other north west London districts, and despite being all the way out in zone 5, the Metropolitan Line links to the centre of the city. The semi-detached properties mostly date back to the 1930s and are relatively affordable for their size, making them popular with families and those on low incomes.

Going out in North Harrow

North Harrow is in...