Your All In London guide to Raynes Park 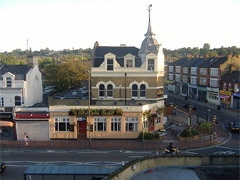 Bordering Wimbledon, Raynes Park is at the heart of London’s commuter belt. The area was developed fairly recently, with the first few homes appearing after the railway arrived in the 19th century, however most of the construction work didn’t take place till the 20th century, a Wimbledon began to expand. As a result there are still numerous open spaces. The local high street has a few high street shops and supermarkets, but despite being outwardly modest, serves its local residents and visitors well and recently reached the final of the Great British High Street Competition. The housing stock in Raynes Park is mostly residential and middle class in character; expect to find many terraced and semi-detached homes as well as some mansion blocks.

The local Residents' Association is well established and has played a key role in promoting the local area, encouraging the council to make improvements including wider pavements, planting new trees and developing safe cycle routes and footpaths.

Going out in Raynes Park

Raynes Park is in...