Your All In London guide to South Woodford 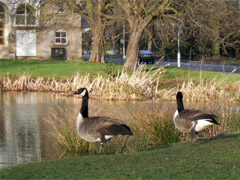 Although it’s on the Central Line, South Woodford is where London begins to merge with the surrounding countryside, thanks to its proximity to Epping Forest. In fact, many of the green spaces in the area belong to the ancient park, meaning locals benefit from easy access to both woodlands and the city. The area is quiet (some may say boring) save for the high street which has a mixture of well known retailers and smaller shops, a cinema and several restaurants. The area was also home to numerous student residences owned by Queen Mary University, but these were demolished in 2007 to make way for private apartment blocks.

Going out in South Woodford

South Woodford is in...