Your All In London guide to Streatham 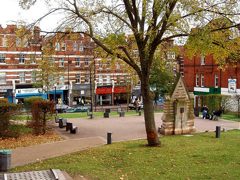 Poor Streatham hasn’t had it easy; the 1980s saw vast amounts of people moving out to neighbouring Kingston or Croydon, the high street suffered the closure of many shops, leaving empty units, and in 2002 Streatham High Road was voted Britain’s worst street due to traffic congestion, run-down establishments and high crime figures. The council are attempting to regenerate the area, and there is no doubt there is potential, thanks to features such as Streatham Common and the many attractive Victorian houses on leafy streets, however the lack of a tube means Streatham isn’t the first choice of location for many. City workers have to take the bus or catch the overland via Clapham Junction.

Going out in Streatham