Your All In London guide to Watford 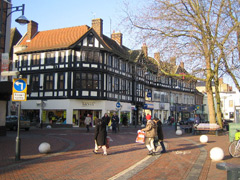 The term “north of Watford” is often used to describe Londoners who never venture out of the capital, however the same could be said of Watford’s residents. Having its own shopping mall, leisure centre and a high concentration of bars and pubs on the high street makes Watford seem a tad insular, and the train service is far from ideal for getting around. Watford is composed of different neighbourhoods each taking on their own character, with some having a worse reputation than others amongst the locals. Expect much drunken teenage behaviour in the town centre from Thursday to Saturday nights.

Going out in Watford