Your All In London guide to Weybridge 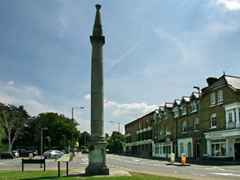 A 2008 estate agent survey stated that this commuter town in Surrey is where six of the most expensive streets in Britain are situated. This is nothing new, as it has been an area favoured by the wealthy since the 19th century when successful businessmen purchased their country retreats here. Most of the billionaire homes are in St. George’s Hill but even the more modest parts of town are still affluent, and shops and restaurants are of the upmarket variety with plenty of boutiques and the obligatory Waitrose on the high street. Lovers of the outdoors can horse ride or cycle in the Green Belt countryside that envelops the town, whilst the proximity to the M25 makes for a double-edge sword; easy access to the road network but also heavy traffic through Weybridge centre itself at peak times.

Going out in Weybridge