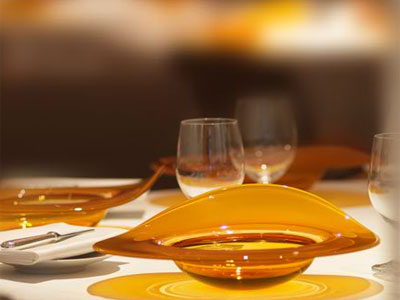 Ad
Closed
Our records show that Hibiscus is closed.

Chef Claude Bosi originally opened Hibiscus in Ludlow, Shropshire, in May 2000, and relocated it to Mayfair, London, in October 2007. Hibiscus has held two Michelin stars since 2003; it has an 9/10 rating in the Waitrose Good Food Guide 2015, and is ranked 5th in the UK; has five rosettes in the AA Restaurant Guide 2014, and is placed #25 in the Top 100 restaurants in the UK in Restaurant Magazine’s National Restaurant Awards 2014. In late 2013, Claude bought out his group of investment backers and now has sole ownership of the restaurant. He then redesigned the interior to give it a more relaxed feel, and also introduced the Chef’s Table for private dining, menu development and cookery classes.

Rather than offer starters, mains and desserts, a selection of seasonal ingredients is available and the kitchen is given free reign to prepare dishes for the table, according to any dietary requirements. Diners only choose how many courses they want to eat! 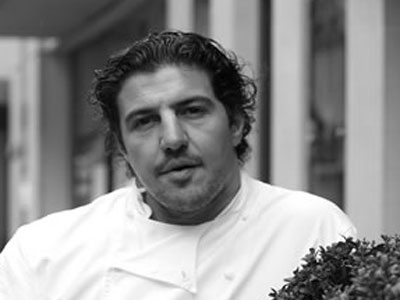 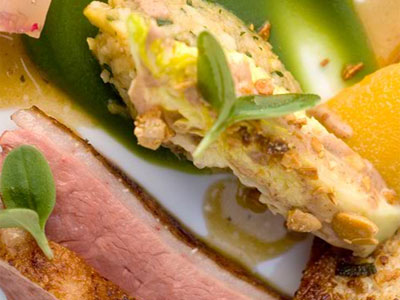 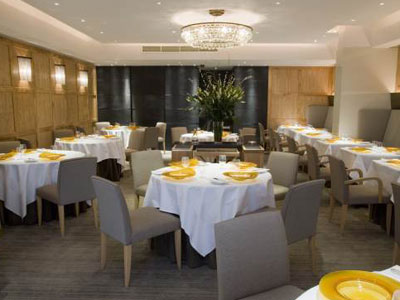 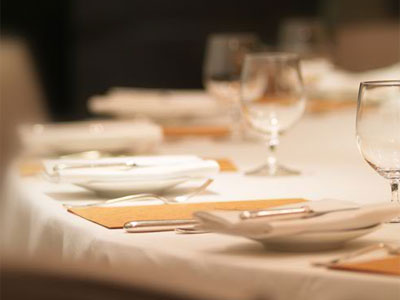 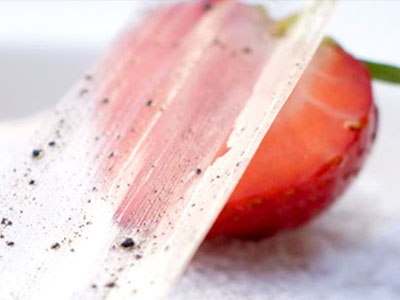 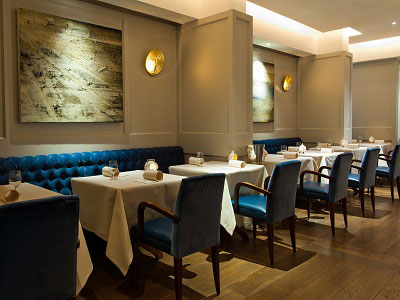 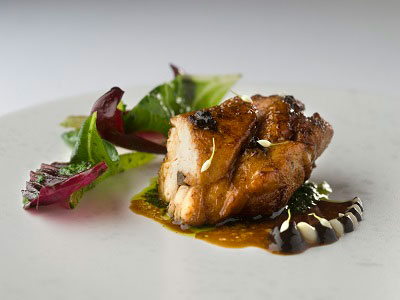 The perfect setting, but the menu just tries too hard

Having been down Maddox Street many times before, I was a bit puzzled at where Hibiscus was; I’d never noticed it previously, despite it apparently being such a prize in London’s gastronomic crown. It was in fact, located next to some scaffolding, with a very unassuming exterior and gave nothing away from the outside; had I not been hunting it out, I would have walked straight passed it again.

We were seated at our table, in the visually and atmospherically warm dining room and on arrival at 19.30 on a Tuesday, there was already a nice buzz about the place, which grew to a gentle murmur as we progressed through dinner; it was reassuring. You can come here and raise your voice above a whisper without feeling that everyone else is listening in; there’s a relaxed formality about it, if that makes sense!

The menu was presented to us, and despite its rather unusual format and philosophy, the waiter didn’t go into detail about the thought process behind it or exactly how it worked, which was a shame. There was a grid of winter ingredients (some of which we’d never heard of!) on the menu rather than a selection of dishes, and we were simply told the chef would prepare something using these. Neither I nor my companion were sure if we were expected to leave the kitchen a free reign, suggest ideas of what we’d like or give a list of preferences. In the end we said we’d be surprised.

We ‘ordered’ food and asked about ordering wine; despite both being keen to get started on the wine list, we were given little nibbles to start and then advised to wait until after the amuse bouche (a very tasty carrot and apple soda, which would have been quite at home at a posh kids summer party!) before trying the wine in order to appreciate the flavour fully. Whilst this is admirable, I would have preferred to have a glass at the outset to relax into the evening. Once he took to the stage however, the Sommelier did rather well, enthusiastically recommending a different glass of wine with each course, and encouraging us to try more unusual choices without falling into the usual trap of just recommending the most expensive option on the menu.

The starters were “Isle of Skye Scallops, Pork Pie Sauce & Pink Grapefruit Gel” for my companion, and “Royale of Berkswell Cheese, Sunflower Seed & Puy Lentil Veloute” for me. The singular huge scallop was served covered in a thin mustard crust which completely overwhelmed the delicate flavour of the scallop. The accompanying sauce provided some welcome moisture to the dish but coupled with the acidity of the grapefruit I’m afraid the flavour combinations just didn’t complement each other very well.

The Berkswell Cheese tasted similar to (dare I say it?!) Philadelphia Light; the lentil veloute was very light and pleasant, but I felt as though the whole thing was missing a killer punch. I nearly missed the small piece of pickled turnip nestled on top of the cheese, which was a real shame as the acidity of it made for a very nice contrast of flavour, and the dish could have done with more.

My surprise main of “Ravioli of Hen’s Egg Yolk & Smoked Potato with Truffle” was indeed a surprise, but sadly not a very nice one. I found the whole dish to be on the cooler side of lukewarm and the celeriac risotto on which the ravioli was served hugely over-seasoned; such a shame. The ideas and combinations were really interesting, and I feel as though bringing imagination to vegetarian food at this level shows great skill, but this just didn’t quite hit the mark.

My companion’s dish of “Roasted Goosnargh Duck, Tardivo, Smoked Eel & Horseradish” had lots of individual elements which were very well cooked and had great flavour, however there was a feeling that there was too much going on, leading to the whole thing not marrying together. The lack of any carbohydrates was also noted, although presumably this was one course out of a possible eight that other people would have had, so explaining why it was so light. Perhaps some adaptation of quantities should be made when only serving three courses though.

The pre-dessert of “Apple Mousse, Celeriac Jelly & Chestnut” was outstanding; an unusual combination of flavours which really worked and created a light, tasty dish – a delight. I was then served “Hibiscus Tarte Au Chocolat, Indonesian Basil Ice Cream” and my companion “Sweet Olive Oil Cream Millefeuille, Avion Mango, Black Olives”. The Tarte Au Chocolate was very rich and oozed chocolate when I broke the surface; a chocolate-lover’s delight. Unfortunately, the basil flavour of the ice cream didn’t work either with the chocolate or in isolation.

Surprisingly perhaps, the olive flavours with the mango worked really well; the caramelized olive pieces (there were far too few!) were truly amazing and utterly delicious. The mango sorbet and the fresh mango were also gobbled up by us both with enthusiasm as a welcome palette-cleanser after the dense chocolate tarte! The cream millefeuille was inoffensive, but did nothing to jump off the plate at us, and it failed to win the taste vs calorie count battle, so was left unfinished on the plate.

Overall, I was left rather underwhelmed by the food. Having set myself such high expectations, perhaps I am just too harsh a critic, but at £80 for three courses, I think I have a right to be picky! Having said that, the setting they have created and the buzz about the place were second to none, and I mean that.

Reviewed by Sooz
The interior of Hibiscus was lovely, relaxing and not too stuffy. The food was really interesting with some great new flavour combinations, most of which worked really well. Service was friendly and efficient.