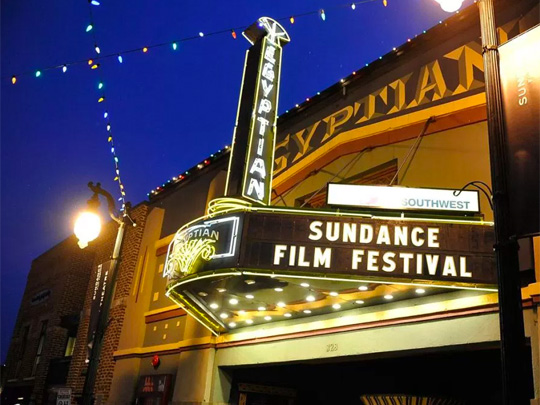 Sundance Film Festival is coming to Picturehouse Central, bringing you the best of the annual festival from across the pond.

From 1-4th June, the West End cinema will be the hottest ticket in town as it plays host to previews of some of the most original and highly-anticipated independent films to add to your watch-list.

The Big Sick
Based on the true story of the film’s writers (and real-life couple), Emily V. Gordon and Kumail Nanjiani, this modern culture clash shows how Pakistan-born Kumail and his American girlfriend, Emily, have to overcome the expectations of his family and their 1,400-year-old traditions. As his parents relentlessly set him up with potential brides for an arranged marriage, Kumail navigates treacherous waters in the worlds of both dating and stand-up comedy.

A Ghost Story
Lowery’s meticulously sparse narrative contemplates a spectral figure who was once a man (Casey Affleck). Prematurely taken from this Earth, he makes his way toward his former home, where he is fated to remain forevermore. Shrouded in a white sheet, he observes the lament of his grief-stricken lover (Rooney Mara). Bearing unseen witness to her pain, the wisp stands sentry for years to come, interacting only with time as it hurtles further and further forward, the remnants of his humanity quietly evaporating.

Chasing Coral
Chasing Coral taps into the collective will and wisdom of an ad man, a self-proclaimed coral nerd, top-notch camera designers, and renowned marine biologists as they invent the first time-lapse camera to record bleaching events as they happen.

Beatriz at Dinner
Beatriz (Salma Hayek) is a miracle worker—highly sensitive with her touch, and passionately dedicated to curing pain through holistic therapy. After treating a client, her car breaks down, so she is invited to stay for a dinner celebrating a lucrative business deal.