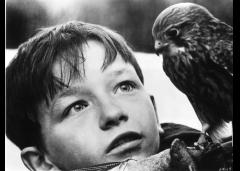 Legendary director Ken Loach will deliver the George Lansbury Memorial Lecture, take part in a Q&A session with former Chair of Arts Council England and Governor of the BFI, Sir Christopher Frayling and then introduce his 1969 classic, Kes – number 7 in the BFI’s list of Top 10 (British) Films.

Ken Loach explained: “George Lansbury was a giant of the Labour movement, fearless in defence of his socialist principles. It will be interesting to speculate on how he would view the present Labour and Trades Union leadership. Who would he identify as his comrades, who as his enemies and who as just too useless to bother with?”

Film Director Ken Loach has enjoyed a long career directing films for television and the cinema, from Cathy Come Home and Kes in the sixties to Land And Freedom, Sweet Sixteen, The Wind That Shakes The Barley, The Spirit of '45 and Jimmy's Hall in recent years. He is well known for his naturalistic directing style and for his socialist politics, which are evident in the treatment of social issues in his films.

George Lansbury, MP for Bow & Bromley, led the Labour Party from 1932-1935 and spent his political life campaigning for social justice, women’s rights and world disarmament. The Lansbury Estate in Poplar is named after him. It was built as part of the 1951 Festival of Britain, as an example of ‘housing for the people’ after the Second World War.

The event, hosted by Poplar Film and Spotlight, takes place at Spotlight, a new creative youth space next to Langdon Park DLR. It is organised in association with the George Lansbury Memorial Committee, Queen Mary University and housing association Poplar HARCA.