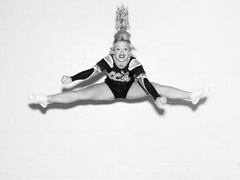 The Science Museum is delighted to announce that it will present the first major UK exhibition by award-winning American photographer Alec Soth, in Media Space from
6 October 2015.

The exhibition will survey a decade of Soth’s work and will be the UK premiere of his eagerly anticipated new series Songbook (2012-14), a chronicle of many journeys across America and a search for human interaction in an era increasingly defined by virtual social networks. Fragmentary, funny and sad, Songbook is a lyrical depiction of the tension between American individualism, and the desire to be united.

Soth is an artist fascinated by the diverse possibilities of his medium. Admired for his epic narratives of longing and loss – Sleeping by the Mississippi (2004), Niagara (2006) and Broken Manual (2010) – as well as for his wide ranging experimentation across exhibition, book, magazine and digital forms, this exhibition captures his distinctive vision as one of the world’s foremost photographers.