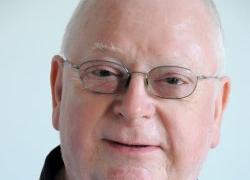 An evening of music Julian Dawes has written to celebrate people and events. The night is also in memory of Emma Daly, and the proceeds of the concert will go to the Rosewood Chemo Ward at the Darenth Valley Hospital.

Julian Dawes has worked extensively as a composer, accompanist and teacher. He has written scores for many theatre productions in the United Kingdom including credits at the Royal Court, The Riverside Studios, The Arts Theatre, The West Berkshire Playhouse and The Bristol Old Vic. His musical The Braddocks Time was a commission from the Everyman Theatre, Liverpool, and The Sacrifice, a music drama based on a Japanese No Play was initially premiered at the Royal Court Theatre, and in a revised version by The Acting Company at the New End Theatre.

In the concert hall he has written large and small scale choral music, a Mandolin Concerto, Chamber Music for a wide variety of combinations of instruments, as well as thirteen song-cycles including ‘Songs of Ashes’, a setting of fifteen poems by the Polish poet, Jerzy Ficowski, about the Holocaust. This work has been broadcast in Israel a number of times. His cantata The Death of Moses and his Oratorio’s Ruth and Shirat Hayam were all first performed in London to high acclaim, as was also a recital of his music at the Wigmore Hall. His most recent project is Pesach Cantata with a libretto by Roderick Young telling the story of Passover, and will be first performed at the New London Synagogue in April 2016.