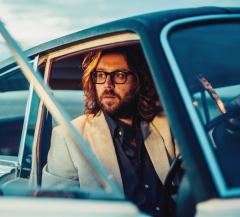 A supremely talented multi-instrumentalist and songwriter, until now Fred Abbott has been best known as lead guitarist and keyboard player in the recently-disbanded Noah and The Whale.

Fred Abbott joined Noah and The Whale in 2009 and went on to huge success with that group, especially notable being his contribution to 2011’s Platinum-selling and highly-acclaimed Last Night On Earth.

Abbott enlisted the help of his Noah and The Whale compadres and other friends for the recording of his album Serious Poke. The album was co-produced by Fred and Martin Hollis, whose diverse credits include Grinderman, The Rolling Stones and Take That.