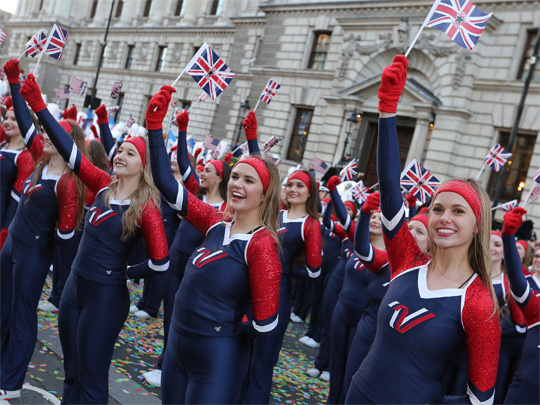 Free on the street or £40 for a grandstand ticket

Thousands of performers from all around the world will be taking part in London's spectacular 34th annual New Year's Day Parade.

The Parade starts at 12.00 on Piccadilly at the junction with Berkeley Street outside the Ritz Hotel and finishes around 15:30 in Parliament Square.

More than half a million people are expected to cram into London's most famous streets to see the parade weave its way along the 2.2-mile (3.5km) route.

Since its inception in 1987 the New Year's Day Parade - London has raised or donated two thirds of a million pounds to charities. Monies raised have benefited a wide range of London based charities.