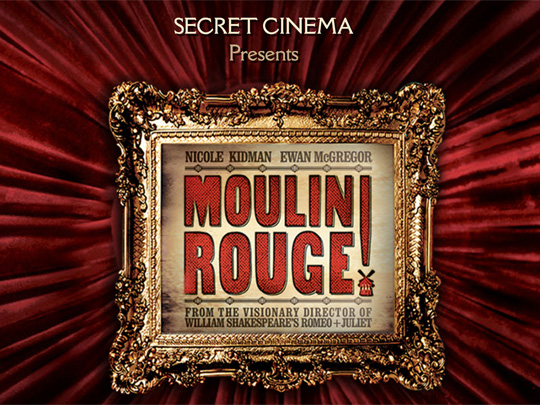 Travel over the rooftops, through the alleyways and into the dance halls of Montmartre. Lose yourself in the sexy, disreputable, glimmering Belle Époque, where you become the Creatures of the Underworld, the Children of the Revolution, and the Aristocrats.

Launched in 2007, Secret Cinema has taken the world of immersive experiences by storm. From grassroots film screenings in abandoned London buildings, to large-scale productions in some of the most spectacular spaces worldwide, we create 360-degree participatory worlds where the boundaries between performer and audience, set and reality are constantly shifting.

We are storytellers, inventors, explorers, place-makers, cultural entrepreneurs, film fans fuelled by a desire to fill the void left by an over-saturated technological world.

Our experiences explore one of the forgotten pleasures in a time with constant access to information: secrets. Fusing film, music, art, theatre, and dance, we create unique spaces for social encounters, adventures and discoveries where films come to life.