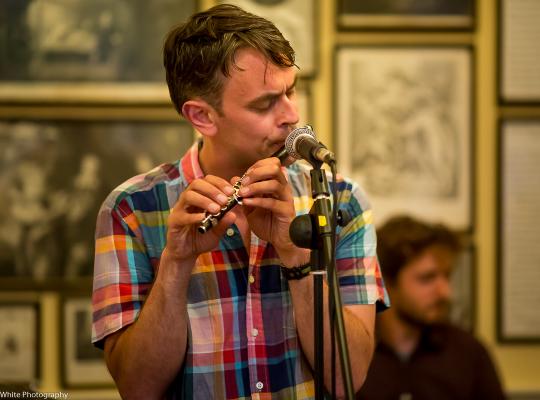 Gareth Lockrane has formed his own big band, a fruition of all of his musical interests - combining his cinematic influences of greats such as Jerry Fielding, Lalo Schifrin and Bernard Herrmann with the soul jazz and unrestrained improvisatory nature of Grooveyard and the intricate through-composed nature of his septet writing. Making their debut in the 2008 London Jazz Festival and influenced by, amongst others, Gil Evans, Maria Schneider, Kenny Wheeler, Jim McNeely, Thad Jones, Basie, Mingus and many more, the band blends heavy grooves and luscious orchestrations to spectacular effect. The band play almost exclusively Gareth's compositions and arrangements.