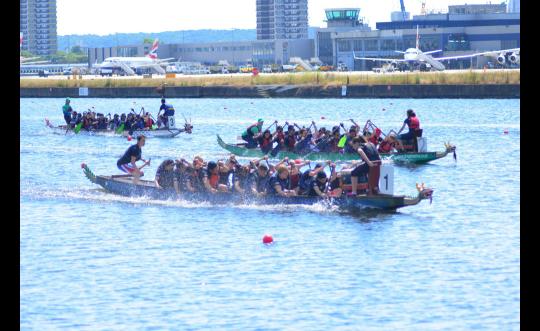 London Hong Kong Dragon Boat Festival, Europe’s most prestigious dragon boat racing event, returns to London’s Regatta Centre on Sunday 25th June 2017. Renowned as one of the UK’s most exciting cross-cultural sporting occasions, the free, family-friendly day out welcomes up to 10,000 visitors from across the UK and overseas each year.

2017 marks the 22nd anniversary of the London Hong Kong Dragon Boat Festival. This year spectacular action on the water will be provided by up to 40 competing club, corporate and amateur teams who will battle it out for 6 cups throughout the day. On land, the event’s food festival will represent the culinary tastes of South East Asia, with entertainment including live music on the East West Festival stage (showcasing new artists from the East and West), martial arts displays, and traditional Chinese lion dancing.