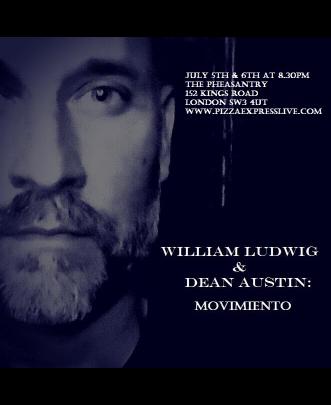 We live in a world in turmoil. Politics, climate, war, migration, Donald Trump. A time of movement – movimiento. Borders are closed, movement restricted. The cabaret songs of Weimar Berlin, from Hanns Eisler to Spoliansky, have never been more relevant than they are today. They were written as an urgent response to a changing world and an uncertain future. Artists held a mirror up to the audiences of the Weimar cabarets and made this their responsibility.
“Cabaret kings” William Ludwig and Dean Austin will take you on a journey back to those times of upheaval. Movimiento is a show of two halves. A journey from dark to light. A journey into the heart of cabaret – from Berlin to the mysterious, prophetic tango songs of Astor Piazzolla and the music of Brazil. Music that broke rules and challenged the establishment. Satirical, dark, confrontational – welcome to the KABARETT!

After sold-out concerts at The Phoenix Artist Club, The Pheasantry and Crazy Coqs, a stint at New York’s Don’t Tell Mama and the Ruhrfestival in Germany, William Ludwig and Dean Austin return with their new cabaret Movimiento.