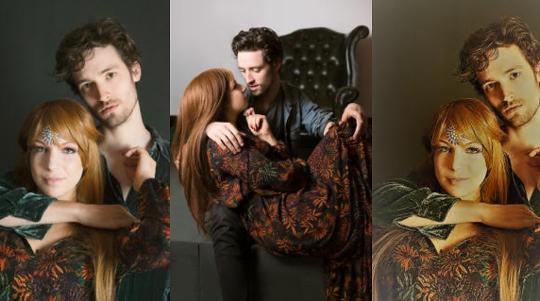 For three evening only, The Underdog Gallery will become a stage for an unreleased new play 'Love Street' based on Jim Morrisons's tragic love story.

Director Greg Fitch, the writer Livia Berté and their amazing cast of actors will show you the life and the love of "The Doors" lead singer while he was climbing his ladder of success. Love, shamanism and life over the edge: those are the three basic ingredients of this exciting and captivating play.

There was once a little house in the middle of L.A. A place cheap, accessible and full of hope. That house was in "Love Street" . Jim Morrison and Pamela Courson, his "cosmic mate", lived there for years. The years when everything was changing. They were living their extreme love day by day while he was climbing his ladder of success.

The play, staged by the "Erato Production", will not only be focused on the life of "The Lizard King", lead singer of 70s legends, The Doors, but mainly on his romantic and troubled love story with Pamela Susan. Many writers have spoken about his unbelievable life, but the story that Jim had with his red-head Fairy Queen is not known as much as it deserves and makes him more human. It influenced him in the same drastic way shamanism did and came to a tragic, romantic ending that needs to be remembered.

In the role of Jim Morrison Charles Warner. In the role of Pam Courson Livia Berté.
Eight other actors will help make the “70’s” alive again.