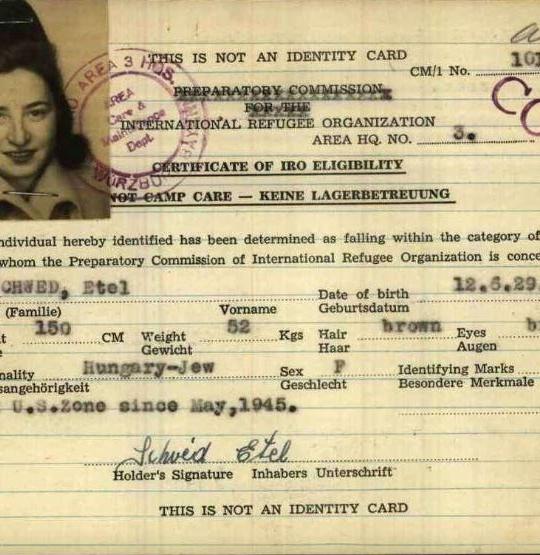 Free but registration via The Wiener Library website essential

Approximately 565,000 Hungarian Jews fell victim to the Holocaust. Despite the fact that mass deportations started only in March 1944, every tenth victim of the Shoah was a Hungarian Jew. According to a report, in the beginning of 1946 around 70?80 percent of surviving Jewry - between 100,000 and 160,000 people - intended to emigrate. This number could have been even higher considering the dubious stance of those in power as well as antisemitic riots, pogroms, blood libels between 1945 and 1948 in Hungary. However, in the end, their actual number was much lower than expected. Only approximately 40,000 Jews left the country. Most became displaced persons assisted by the International Refugee Organization.

Until the opening of the International Tracing Service (ITS) Digital Archive to the public in 2007, we lacked sufficient information about these individuals. As a sociologist dealing with quantitative research methodology and engaged in social history, Barna has found tremendous potential in digital archival sources like the ITS to recreate the paths Hungarian DPs took after the war.

This talk will demonstrate how the ITS Digital Archive, available in the UK only at The Wiener Library, offers an opportunity to explore the under-researched topic of Hungarian Jewish displaced persons. The aim of the talk is to present the theoretical and methodological background and to reveal the first findings of Dr Ildikó Barna’s research project.

The talk will be chaired by Dr Gábor Kádár.