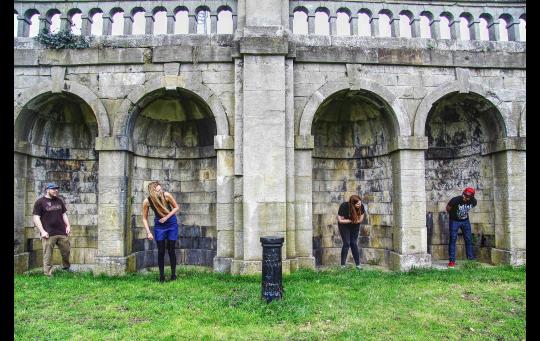 Didn’t get a Glasto ticket? Who cares! Come down to the Amersham Arms this June where there will be more music than mud. No wellies necessary.

After impressing promoters Absent Kelly at a previous show, The Secret Crowd return. These South Londoners are a four piece who play lively, feel good pop/rock with tons of energy. This energy has been turning heads South of the river, and we’re expecting a fun and charming set.

We’re also joined by another London outfit, The Troubadours, who will be bringing with them their melodic Mod-esque Indie that has seen them play some huge venues, including Islington’s O2 Academy!

A N N A takes influences from her Nordic and Canadian upbringing to create her own beautiful folk music that has seen her tour Canada, and gain quite a name for herself in her new home of London.

Originally from Northern Ireland and now based in London, Emma George plays folk/pop with soft and emotive vocals, reminiscent of Lana Del Rey.