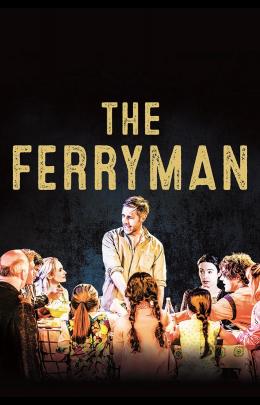 Day seats for The Ferryman will be available to purchase at just £12 for every performance from 10:30 at the Box Office in person.

Northern Ireland, 1981. The Carney farmhouse is a hive of activity with preparations for the annual harvest. A day of hard work on the land and a traditional night of feasting and celebrations lie ahead. But this year they will be interrupted by a visitor.

After the short run at the Royal Court Theatre sold out in just one day, the producers are delighted to announce that Jez Butterworth’s epic, new play The Ferryman will transfer to the West End. Multi award-winning actor, director and writer Paddy Considine will be joined by Laura Donnelly and Genevieve O’Reilly in the production directed by Sam Mendes. The cast will also include Bríd Brennan, Turlough Convery, Fra Fee, Tom Glynn-Carney, Stuart Graham, Gerard Horan, Carla Langley, Des McAleer, Conor MacNeill, Rob Malone, Dearbhla Molloy, Eugene O’Hare and Niall Wright with further casting to be announced. The full company comprises 38 performers: 18 main adults, 7 covers, 12 children on rota and 1 baby.

The Ferryman will run at the Gielgud Theatre for 16 weeks from 20 June – 7 October with an opening night on 29 June.

Developed by Sonia Friedman Productions, the premiere of The Ferryman is co-produced with Neal Street Productions and Royal Court Theatre Productions. The production played a sold out run at the Royal Court Theatre, opening to unanimous critical acclaim and where it was the fastest selling show in the theatre’s history.

The Ferryman is directed by Sam Mendes, designed by Rob Howell, with lighting by Peter Mumford, and music and sound by Nick Powell.