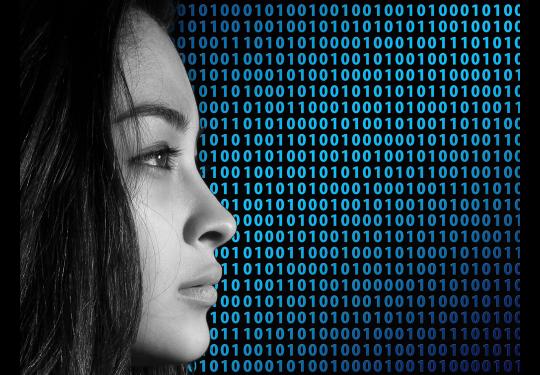 A reckless scientist and a computer hacker join forces to hijack the entire internet in an attempt to create the first truly conscious artificial intelligence. They apply the 'Turing Test' to assess their creation but who is really being tested? Who will gain the upper hand? The future of humanity hangs in the balance…
?
Written & directed by Ian Dixon Potter
?
Performed by Natasha Killam, Duncan Mason & Zara Banks
?
Sound and light design by Janet A Cantrill Smith

BOY STROKE GIRL: “Thought-provoking and very, very funny” “I will be first in line for writer Ian Dixon Potter’s next venture.”
????? (Theatregloss)
?
TIRESIA: “A clever piece which uses a complex plot to draw attention to ethical and philosophical issues.” “Dixon Potter allows the audience to form their own opinions”
???? (Pocketsizetheatre)

GOOD KING RICHARD: “The truth has never been so compelling" "a sense of the epic” “the human truth behind the monstrous fiction" ???? (Mindtheblog)

THE DEAD SHEPHERD: “It is a completely satisfying piece of theatre” “Sexy and comedic, tense and full of intrigue and brimming with entertaining characters” ????? (LondonTheatre1)

THE RESURRECTIONIST: “I don’t think I’ve enjoyed a show so much in a while. It was original, thought-provoking, heartwarming, and yet also endearing and funny” ???? (The Mortal Fool)

THE SCHOOL OF LIGHT: “Entertaining and thought provoking” “Sharp dialogue” “hilarious and, at times, poignant”
???? (The Metropolist)
?