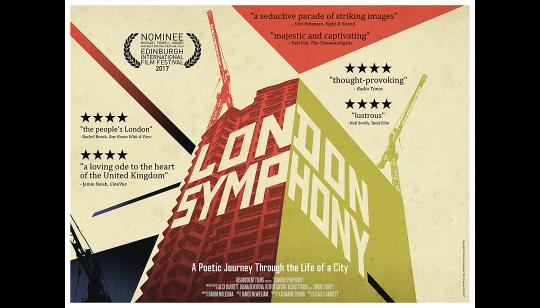 LONDON SYMPHONY is a brand new city symphony which offers a poetic journey through the capital. Fusing stunning visuals and stirring music, the film presents an artistic snapshot of the city as it stands today, and celebrates its rich diversity of culture, architecture and religion.

Inspired by the silent cinema of the 1920s, LONDON SYMPHONY features an original composition by composer James McWilliam, and contains footage from over 300 locations around every borough of London. It was nominated for the Michael Powell Award for Best British Film at the Edinburgh International Film Festival 2017.