The Comedy Night of Art the Arms Fair 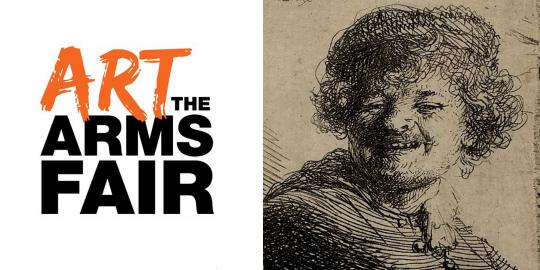 Suggested donations for Campaign Against Arms Trade on the door - £5 unwaged/£10 waged/£20 loaded.

A night of comedy as part of Art the Arms Fair in association with Quantum Leopard, London's cult indie-comedy night. A tip-top line-up of smashing comedy lovelies who love punchlines as much as they hate the arms trade.

There will be a bar. We reserve the right to give your ticket to someone on the door if you are not in the venue by 7.45pm.

On 12 September 2017 one of the world’s largest arms fairs will set up shop in London. However, most people have no idea that it even exists. We want to make it visible. We're running a week-long free exhibition coinciding with the DSEI Arms Fair 12–15 September. In the evenings there will be poetry, performance art, comedy and music. All donations for events and from selling art will support the work of Campaign Against Arms Trade.