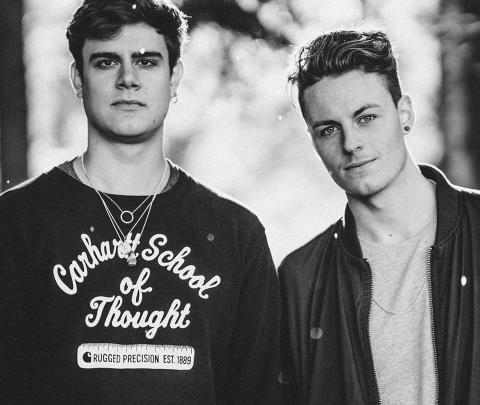 Taking place on Thursday, 28 September, Rock the Strand is the perfect kick-start to the weekend, with a stellar line-up of acts confirmed in what promises to be a celebration of music to remember.

The event is completely free to attend with revellers being treated to over three hours of live music, with three acts hitting the stage in the hotel’s Lounge Bar.

Curated by industry legend Tony Moore, Rock the Strand will showcase an eclectic range of genres from indie alt-folk to country from emerging new talent and established acts, highlighting the UK’s varied and diverse musical landscape.


- Official Line Up –
7.30pm: Portland
Portland are a harmony infused, multi instrumentalist duo, mixing influences of Simon & Garfunkle, The Everly Brothers and Ed Sheeran. After releasing their debut single, “I Won’t Love”, which reached Number 1 on the iTunes Country Chart, the duo have since supported the likes of Gabrielle Aplin and Nina Nesbit, as well as playing at Chris Evans CarFest 2016 and 2017 and famous venues across the UK.

8.30pm: Coffeepot Drive
CoffeePot Drive offer bespoke rock thrills certain to impress.
Having toured with the likes of Status Qup, Uriah Heap, Goo Goo Dolls and even REO Speedwagon on an individual basis, they have since joined forces to hit the music scene as Coffeepot Drive and are sure to be a hit

9.30pm: Tony Moore
Tony's long and eclectic career in the music business includes being a founding member of Iron Maiden at the end of the 70s, and as the keyboard player in Cutting Crew. For the last few years he has also been co-writing, producing and touring the world with emerging artist ILONA. Tony is currently recording material for a solo album having just released the lead single, a powerful ballad called Perfect And Beautiful.