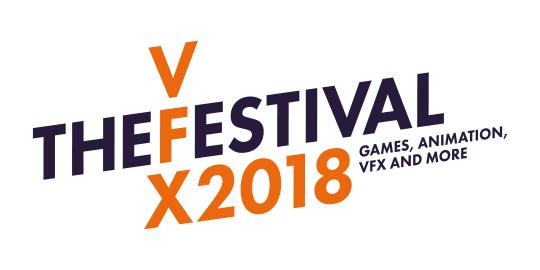 Escape Studios, part of Pearson College London, is thrilled to introduce the 6th Annual VFX Festival, which celebrates the best in VFX, Games, Animation and Motion Graphics, in London. The three-day event, will run from 6th – 8th February 2018, in association with arts and cultural venue, Rich Mix. The VFX Festival 2018 remains dedicated to inspiring the next generation of filmmakers, gamers and animators, to ensure the continued growth of the Creative Industries in the UK.

The first line-up for The VFX Festival 2018, includes a wealth of all-star industry leading studios. Top visual effects (VFX) companies, who have worked on some the biggest blockbusters over the past year, will be in attendance. Headliner Framestore, will be presenting on the VFX for a ‘top-secret’ project offering a ‘behind the scenes’ look for the first time ever; it's not to be missed! Renowned games studio Creative Assembly will also be headlining, promising insight into how they craft some of the most addictive gaming experiences.

Award-winning, REWIND, will again be showcasing how they harness immersive technologies, such as VR. Games studios including Climax Studios will be presenting on new and never seen, up and coming projects. Alongside Fire Without Smoke’s director & VFX Supervisor Hugo Guerra, who will be presenting on the making of the "The Walking Dead March to War", "Mario + Rabbids Kingdom Battle" and "Heroes Arena" reveal trailers.

As a wealth of changes take place in the creative industries, the 2018 festival theme, will focus on how all elements are diversifying and changing, to adapt to the future. At the heart of the festival there’ll be a series of discussions and demonstrations from the leading VFX, Gaming, Animation and Motion Graphic companies. Exploring new trends and changes in the use and application of technologies such as VR, AR & motion capture across VFX and games studios. Analysing how this impacts the skillset required for the next generation of VFX and gaming practitioners.

A series of panels, workshops and talks, will explore different sides of this diversification, from industry and education, to technology and broader cultural issues. All lead by the best in our industry.

Whether you are passionate about VFX, animation, games or motion graphics, The VFX Festival 2018 truly offers something for everyone. Day One, will offer schools and teachers an insight into the industry, will feature a range of exclusive talks and workshops, from leading industry partners, to inspire the next generation. Days Two and Three will be tailored for graduates, enthusiasts and professionals, with an array of headline talks and recruitment sessions, from some of the world’s award winning studios.

The VFX Festival 2018 offers an opportunity to celebrate the success of Escape’s graduates, who have gone on to work on Oscar and BAFTA winning and nominated pictures, including the likes of The Jungle Book, Fantastic Beasts and Where to Find Them, Rogue One: A Star Wars Story, Ex Machina, and more.