Classics day 2018: Faith, belief and religion in the Classical world 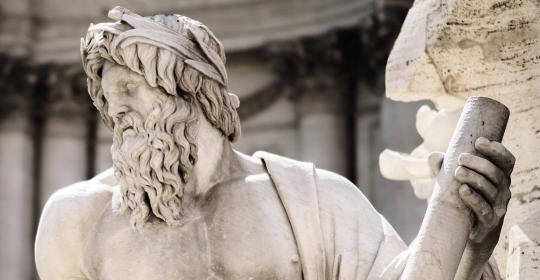 City Lit, the British Museum and UCL bring you another exciting day of talks, discussions and gallery visits on themes relating to Ancient Greece and Rome. This year's topic will be "Faith, belief and religion in the Classical world". Anyone with a love of the classics is welcome. No knowledge of Greek or Latin required!

Programme:
Myth and religion in Ancient Egypt
Lorna Oakes, City Lit
Explore the ways in which the cycles of Nature, the nature of kingship and beliefs in the Afterlife are represented iN Ancient Egyptian myth. Understand the roles of temples and royal tombs in Ancient Egyptian life, and glimpse the religious attitudes of private citizens as part of an examination of the craftsmen’s village of Deir el-Medina.

Alexander the Great: kingship ideology and divine honours at the edge of the 'world'
James Ryan, City Lit
Understand the boundaries between ancient kingship and divinity by exploring Alexander the Great's journey to Siwah and his consultation with the oracle of Ammon. This talk will focus on the Alexander's engagement with the gods, his supposed divine paternity, and the ideological traditions in which he was following.

Journeys and the divine in Roman society and literature
Gesine Manuwald, UCL
The description of divinely provoked journeys is a major theme in classical epic. By looking at some examples from Greek and Roman literature, this lecture will explore the different kinds of links between divine prompts and human journeys as depicted in a variety of epic texts.

Transition from pagan to Christian
William Sterling, British Museum and City Lit
Using objects from the British Museum such as the Hinton St Mary mosaic, the Esquiline Treasure, the Mildenhall Treasure, the Hoxne hoard, the Lullingstone villa, the Uley temple of Mercury and the Jonah sarcophagus, examine how the transition from paganism to Christianity was blurred by the continuing use of pagan gods and the honouring pagan forbears.